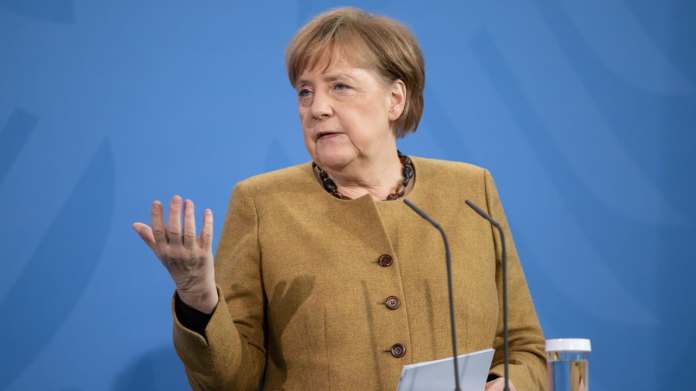 The  Chancellor wants to relax!

The re is a legitimate longing for an opening,” said Angela Merkel (66, CDU) on Monday in the CDU Presidium and National Board meeting. BILD learned this from participants.

Merkel’s plan: “Four opening steps without the yo-yo effect,” she said. According to BILD information, Merkel has not yet given details of how the four-step plan out of the corona lockdown could look. A working group headed by Chancellery Minister Helge Braun should work out concrete steps from Tuesday.

Merkel outlined three areas that must be put together as packages of an opening strategy. On the one hand it is about the area of ​​personal contacts, on the other hand it is about schools and vocational schools as well as a third package with sports groups, restaurants and culture.

The  aim is to put together packages to make openings possible and then to adapt.

According to Merkel, the desire for openings must be combined with security. Openings would have to be accompanied by tests.

From this Tuesday on, a working group with Chancellery chief Helge Braun (48) and the heads of the state chancelleries of the federal states will meet on the subject of openings.

The  aim is then to present plans for possible opening steps.

Braun also said one had to cautiously begin testing as an entrance. This included first and foremost tests, the second step was contact tracking and better masks.

The  spread of the mutation has increased and the R value has increased by 0.3 compared to the previous Corona variant, the Chancellor said.

And she talked her own party leaders into conscience:

The  previous prime ministerial conferences had been heavily influenced by the election campaigns, which is why a “uniform Union line is essential,” said Merkel.

Lauterbach at “Markus Lanz”: Thousands of corona deaths at Christmas?