In view of the increasing number of infections in Germany, Angela Merkel urges caution. Nevertheless, the Chancellor would like to present an opening plan at the beginning of March.

Chancellor Angela Merkel (CDU) has again pleaded for a cautious strategy for possible openings in view of the concerns about a third corona wave.

Opening steps would have to be wisely introduced coupled with increased tests, said Merkel on Monday, according to participants in online deliberations of the CDU presidium.  The  citizens are longing for an opening strategy, she understands.

“Put together packages of an opening strategy”

The  presidium also discussed the possibility of how family and company doctors could be involved in vaccinations, it said. Health Minister Jens Spahn has made it clear that this only makes sense if, as with the flu vaccination, 3 to 5 million vaccine doses are available per week. Overall, the assumption of costs by the federal government, which is planned from March 1, could help with the corona tests. He made it clear that there will be the first self-test approvals from next week. New ways of making appointments: By SMS against the vaccination bureaucracy

Weil does not write off Easter leave | Free press

MV Summit: Results only in the afternoon | NDR.de – news

Delete “race” from the Basic Law? Resist the beginnings!

The duel between Dreyer and Baldauf – SWR news

Now also Youtube: Trump and his supporters lose their …

Digitization of the health authorities: “The summer wasted” 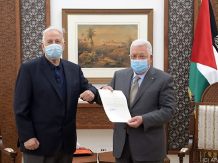