Christian Ilzer (Trainer SK Puntigamer Sturm Graz):
… after the game: “Except for the result, almost a deja vu from our appearance at the WAC a month ago. Again an early exclusion for us. (…) But it was a good outnumbered game from us. It’s a shame that we didn’t take at least the point. ”

… When asked about goalkeeper Jörg Siebenhandl’s dismissal: “He doesn’t necessarily have to get out of there. It wasn’t the most optimal decision. He hits him clearly. You don’t have to give red, it was definitely Jörg’s foul. ”

… About the situation with Michael Novak in the penalty area: “He’s playing the goalkeeper. It’s red and penalty for us. He is clearly going there with his hand. ”

… before the game about the space in Graz: “Perhaps it is an advantage that we are better prepared for these difficult space conditions here.”

Ferdinand Feldhofer (Trainer RZ Pellets WAC):
… after the game: “A balanced game on difficult terrain. Clear red card, the opponent got a bit tired and then we deserved to win. It was crucial for us today that we score three points. Those were big points and a big step in the right direction. Feels good.”

… About the many injuries in defensive midfield: “Now I have to get very creative. It could be tight. ”

… about the table situation before the game: “We’re in a pretty good shape. If we win today, we’ll be fifth. ”

Dario Vizinger (RZ Pellets WAC):
… after the game: “We knew what kind of game we would expect after the red card in the first half. We knew they were going to defend and we just had to play. Thank goodness we met in the last few minutes. A great victory for us. ”

… When asked about the table: “We came here to get the 3 points. A great victory. ”

Michael Novak (RZ Pellets WAC):
… About the situation in the penalty area: “Sure, I had the ball in my hand, but it was fully loaded from two meters. First, it was just a reflex, out of protection, and second, it was really in front of the body. If I can’t get it on my hand, I’ll get it on my stomach. It was handball, but a penalty would have been very, very hard. ”

… About the game: “A lot of fighting, a lot of cramp, a lot of screaming, a lot of lying on the ground, little playful. It wasn’t nice to play with and certainly not to watch, but for us three very, very important points. ”

Dominik Baumgartner (RZ Pellets WAC):
… after the game: “ The  win was very, very important, if you look at the table. (…) It was the absolute will that we win this game. It wasn’t an intoxicating game of ours, but we threw everything in and thank God we won. ”

Alexander Kofler (RZ Pellets WAC):
… In the video before the game about Michael Liendl: “He really wanted to win this one in the team. We may have lacked this unconditional will in the past. He brought that into the WAC and the players. That’s why he’s a really important player for us. ”

Alfred Tatar (Sky Expert):
… when asked whether the win was already the ticket for the champions group: “According to a realistic assessment, the WAC is up there.”

Andreas Herzog (Sky Expert):
… about the situation with Michael Novak in the penalty area: “For me it was a clear handball.”

… after the game: “You were expecting a draw anyway. But then the WAC struck.

The  three points are good for you and I also think that you are now firmly in the top 6. ”

Berlin S-Bahn train of the new series broke down – BZ...

Corona lockdown in Lower Saxony: which shops have to close from...

Three injured after stabbing in apartment – blood trail to the...

USA is raising new tariffs on aircraft parts and wines from...

Cause for silent breathlessness in COVID-19 deciphered – healing practice 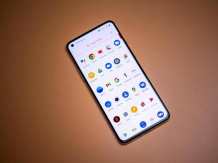