(Motorsport-Total.com) – For a long time, experts last year assumed that Mick Schumacher would make his Formula 1 debut for Alfa Romeo in 2021. But the Sauber team ultimately stayed with the pairing Kimi Räikkönen and Antonio Giovinazzi for this year. Instead, Schumacher will drive for the other Ferrari customer team: Haas.

Mick Schumacher is starting his first Formula 1 season for Haas

The  decision was made together, of course [mit Ferrari] hit “, reports Schumacher in an interview with ‘auto motor und sport’ and explains:” But in the end, I personally have very little experience in Formula 1, and Ferrari is extremely knowledgeable. You know the business. You know exactly what is best for me. “

The y are not the largest team. But they have a very direct line to their drivers,” he says with reference to Haas and adds: “We are in contact very often, which is of course nice. It’s just good to know, or rather to discuss what the team’s goals are.

The y work very well with their drivers. “

“I also believe that a breath of fresh air will do the team very good. Hopefully it will motivate us and allow us to make good progress together. I felt good straight away. That sometimes takes longer. At Haas it was after the first day, after the first meeting so far. I’m happy to be there, “said Schumacher.

The  son of record world champion Michael Schumacher sees the US team as “a good station to develop myself further.” At the same time, however, he also knows: “

The re is always pressure. I do it myself. I have expectations of myself. I want to see a difference between the beginning and the end of the year.”

The  F1 season 2021: boring transition year instead of a planned revolution? No! Using ten examples, we show what is changing …

After his debut season in the premier class, he wanted to be able to say about himself, “that I’ve developed, improved and worked with the team as well as I can. I want to build a relationship and achieve that we can move forward together.”

He is aware that it will be difficult at the Haas to compete for top results. “We have to be clear about the potential of the car. We have to be honest with ourselves and do our job.

The  best thing would of course be to collect points,” said the reigning Formula 2 champion.

With luck even a podium?

“And if there should be a couple of crazy races like last year, maybe a podium will come out one day. Sure, that’s a dream, but we can dream. But first and foremost we have to be realistic,” emphasizes Schumacher, who has not yet done one wants to give a concrete forecast for his first year in the premier class.

Mick Schumacher is slowly but surely stepping into the spotlight.

“I have to wait the first couple of races to give a well-founded answer. Of course, I promise myself a lot. I want to get used to the team very quickly so that I feel very comfortable – and they feel at ease with me. If we If you can do that, the results will come too, “he is convinced.

“Even if it is a bridging year for us: If the option arises, the spark of luck plays along, we will give everything to use the luck and bring the results home,” said Schumacher, who has a contract with Haas has signed for several years.

The  exact duration is not known.

“Victory is to be rated very highly”

Gesture of the year – 11FREUNDE

For the first time since 1923! Klopp with new worries after his historic bankruptcy

Biathlon World Cup 2021 in the live ticker today: The mass starts for women and men on Sunday

Robbery in Stuttgart-Zuffenhausen: Another attack by a masked man with a...

Sock, Xenia, Ragna and Olaf – Berlin’s reindeer invite you to...

Weather in Germany: Violent weather change – extreme warmth on the...

“Victory is to be rated very highly” 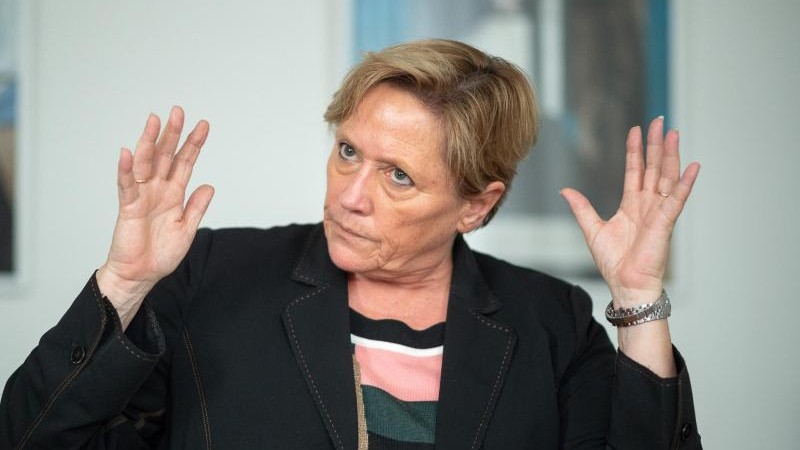 Schools – Stuttgart – Opening of schools on January 11th not...