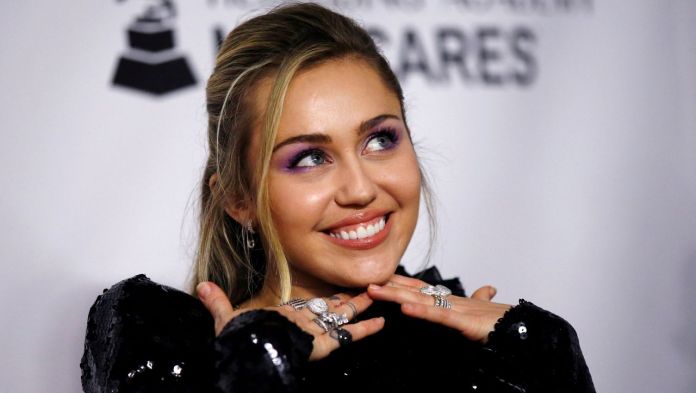 Miley Cyrus loves animals. Very.  The  singer has had so many cats, dogs, fish and pigs in the past ten years that her home has been described by some as a zoo. On Instagram, Cyrus showed her newest family member – and cleared up a prejudice.
Pitbull Angel is the new member, as the 28-year-old writes in a post. You adopted him from an animal shelter.
But Cyrus did not only owe the dog to the shelter employees: She writes that Angel was sent to her from heaven by her dog Mary Jane, who died almost two months ago. Hence the name.
Mary Jane was Cyrus’ best friend, writes the singer. After her death, she even dedicated a song of her own to the dog who had accompanied her for ten years.
Now Angel is apparently supposed to fill the void that Mary Jane has left.

The  dog is also a pit bull. Cyrus writes that the animals are wrongly stigmatized: “This breed is incomparably loving.” Just like with humans, the way of growing up is often much more important than the genes.

The  dog owner is now overjoyed. “I’m head over heels in love,” she writes. “I’m not sure I can ever sleep again because I just can’t take my eyes off her.”

Hamburg: man pees on the roadside – and is shot

Pedevco: Can that really be? ()

Schneizlreuth: Car crashes head-on into rock face on B305

Protests against military coup: UN worried about people in Myanmar

Corona! Saxony will send schools and businesses into tough lockdown...