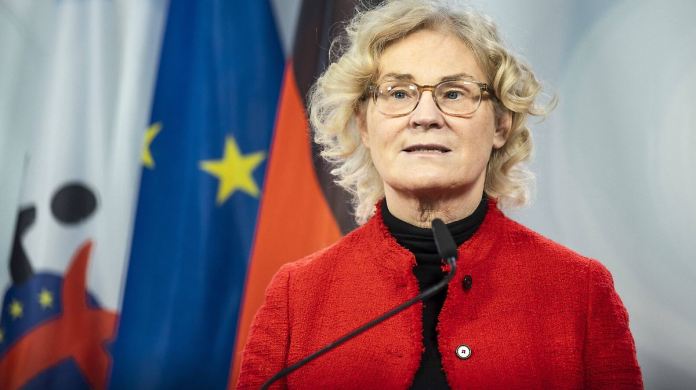 In Israel, hotels or fitness centers are opening their doors again – but only for those who have been vaccinated or those who have recovered from the corona. Federal Minister of Justice Lambrecht thinks that is also right for Germany. In the case of violence against women, she is considering tightening the law.
Federal Justice Minister Christine Lambrecht from the SPD advocates giving people significantly more rights again after a corona vaccination – as is now being done in Israel. “I can very well imagine hoteliers or restaurateurs saying that access is possible for people who have been vaccinated,” said Lambrecht in “ntv Frühstart”. People who could show a negative rapid test should also have access.

Lambrecht said that the data on the transmission of infections after vaccination was still too thin. “If we know that vaccination actually means that you are no longer infectious, that you cannot infect others or yourself, then there is no longer any reason to restrict fundamental rights.”  The y are waiting to get reliable information from science. An as yet unpublished Israeli study over the weekend showed that the Biontech / Pfizer vaccine prevents infection by almost 90 percent.

Lambrecht is skeptical whether widely available corona rapid tests could lead to the lifting of lockdown measures from March. “We cannot just look at the number of rapid tests; we always have to create an overall picture.” Above all, it is important that the health system can cope with the infections.

The  proportion of virus mutations is increasing. “We are not over the mountain yet. We have to watch closely from week to week.” On the positive side, the number of deaths is falling. That also has to do with the vaccinations, so Lambrecht.

Appeal to the Minister of the Interior

In the debate about violence against women, the Minister of Justice spoke out in favor of introducing “misogynist” as an aggravating motive in the penal code – if the extent of the acts made it necessary. “If we know that it is going in the direction that it is necessary, then I can also imagine that.” But that needs more data, says Lambrecht. She therefore called for misogyny acts to be included in the police statistics as a separate category. “Unfortunately, violence against women and children is a very bad development in this Corona time. But not only here. We experience it in everyday life, we also experience it on the Internet, for example.”

Lambrecht urged Federal Interior Minister Horst Seehofer from the CSU not to continue to block the introduction of statistics. “I can only say: let’s include that in the police crime statistics, Mr. Seehofer.

The n we are a good step further.”

The  minister also has high hopes for the tightening of the law against stalking that she is planning. In future, it should be sufficient for a conviction of the perpetrators if victims can prove that they have “repeated” stalking and that their own lives are impaired “not insignificantly”. So far, there had to be “persistent” re-adjustment and a “serious” impairment of the victim. “I am firmly convinced that this lowering of the characteristics will lead to many more of these acts being reported and convicted.” With the tightening of the law, she wants to show potential perpetrators: “Friends, watch out. This is a criminal offense, it is not a trivial offense.”

Greenpeace protests at the Chancellery – criticism of the supply chain... 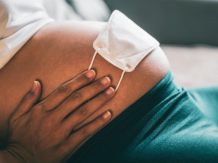