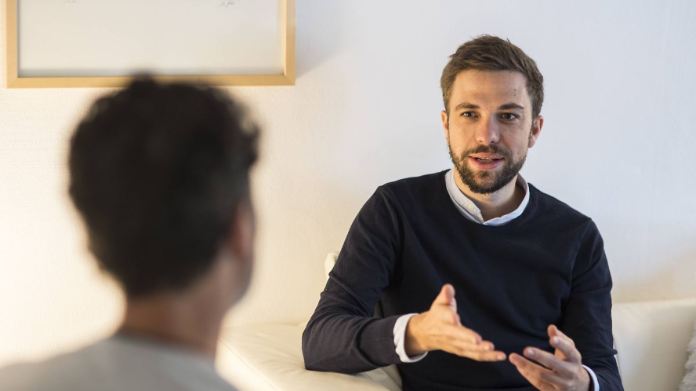 You could actually perceive people who take a little longer to answer a question to be particularly careful. Most of them don’t do that, but think it’s a lie. This misjudgment can have fatal consequences.
Bad news for people who like to answer questions comparatively slowly:  The y are likely to be perceived by those around them as liars. That is at least suggested by a French study, the results of which were published in the “Journal of Personality and Social Psychology”. According to them, the length of the hesitation affects how sincere a response is perceived – a phenomenon which, according to the researchers, can have serious consequences for interrogations in a police context or court hearings.

“Assessing other people’s sincerity is an omnipresent and important part of social interactions,” explains lead author and psychologist Ignazio Ziano of Grenoble École de Management. “Our research shows that the speed of reaction is an important indicator on which people base their conclusions about sincerity.”

Specifically, Ziano and the psychologist Deming Wang from the James Cook University in Singapore carried out a series of experiments with more than 7,500 participants from the USA, Great Britain and France. During the course of this, the subjects either heard an audio snippet, watched a video or read a report about a person who answered a simple question – for example, whether they liked a friend’s cake or whether they had stolen money from work.

In each scenario, the response time varied from immediate to a ten second delay.

The n the participants rated the sincerity of the answer on a scale. In all 14 experiments, delayed responses were consistently rated as less sincere, regardless of whether it was a harmless question about cake or a more serious question about the commission of a crime. A delay of two seconds was enough for an answer to be perceived as more dishonest – an effect that increased significantly again with a pause of five seconds.

But the psychologists also observed factors that reduced the effect. For example, if an answer was viewed as socially desirable – such as being asked if you liked a friend’s cake – then the speed of the response did not play a major role in the perceived sincerity.

The  effect was also minimized when subjects believed that a slower response was due to mental exertion, for example when asked whether someone had stolen candy ten years ago.

For lead author Ziano, the study has far-reaching implications: “Whenever people interact with one another, they judge each other’s sincerity.

The se results can be applied to a wide range of interactions, from conversations at work to couples and friends arguing . ” In addition, job interviews and court hearings are often about assessing sincerity.

The  speed of reaction could also play a role here,” says Ziano. One example is the testimony of a jury: “It would be unfair for the respondent, for example a suspect, to mistakenly attribute the response delay to thought suppression or the fabrication of responses when in reality it was caused by some other factor, such as simply being distracted or to be thoughtful. “

In order to bypass such mechanisms, it could help if judges explicitly instruct juries not to pay attention to the speed of response. Indeed, one of Ziano and Wang’s experiments found that such an instruction reduced, if not completely reversed, the effect of the delayed response on judging sincerity or guilt.

So if you want to be perceived as particularly honest, you shouldn’t take too much time answering a question. Another aid could also be one’s own speech melody, so the conclusion of another study that was recently published in “Nature Communications”. According to her, people who speak quickly and emphasize the middle of words, as well as people who drop the pitch at the end of words, are perceived as more sincere.

Both studies, however, only describe when or when someone is not perceived as credible. If you really want to catch people lying, you would need a thermal imaging camera, for example: In 2018, researchers from the University of Granada found that the temperature of the nose drops and the temperature of the forehead rises when someone fools – a phenomenon they called the “Pinocchio Effect”.

Apple is the most valuable company in the world – Vorarlberger...

“We’re fed up” demo sets course for CDU headquarters and the...

Suspected as a spy: Millions of dollars lawsuit by ex-diplomat against...