A British government adviser on United Kingdom Cohesion has thrown in the towel after just two weeks in his new job. Oliver Lewis, who had previously participated in the Brexit campaign, said his role had been made “untenable,” as the BBC reported.  The re was initially no official statement from Downing Street.

Malicious reactions from Scotland were not long in coming after the news about the departure of the adviser: “Disagreement in the unity department. Or maybe desperation to realize how flimsy the pursuit of it is, ”tweeted Scotland’s Prime Minister Nicola Sturgeon.

Nicola Sturgeon’s Scottish National Party (SNP) calls for a second referendum on independence from the UK. In 2014, a slim majority of residents rejected a detachment.

At that time, Great Britain was still a member of the EU. Sturgeon is now arguing that Britain’s exit from the EU changed the conditions. In the 2016 Brexit vote, Scotland clearly voted to remain in the EU. London rejects a new poll, but a majority of Scots have been in favor of independence for months. 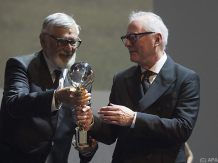 Key takeaways from Week 14 in the NFL

Full utilization: the clinic has to move Covid 19 patients

Buy PS5: New sales of the console possible in January