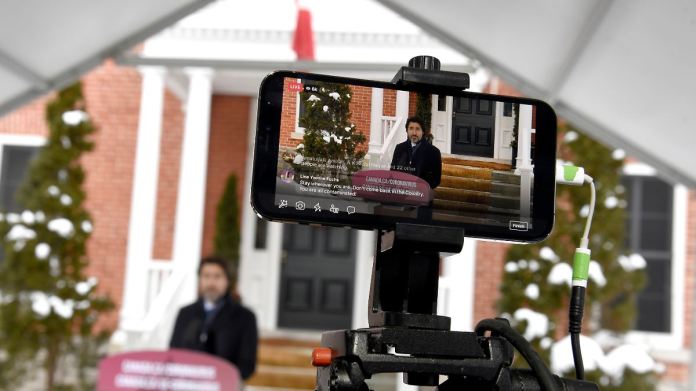 The  market power of big tech companies worries politicians around the world. Australia therefore wants to force platforms like Facebook to share advertising revenues with other media companies, which Facebook is vehemently resisting. Canada wants to follow the Australian example.
Facebook is coming under increasing pressure because of its dispute with the Australian government. Canada announced a similar move against the platform as Australia.

The  Canadian Minister of Culture Steven Guilbeault sharply criticized Facebook and stressed that his country would not allow itself to be brought to its knees.

The  reason is the company’s decision to block all news content in Australia.

The  background to this is that the parliament in Canberra should discuss a bill in the coming days. This would force platforms like Facebook and Google to share their advertising revenue from news content with media companies. Guilbeault is preparing a similar law for Canada. “Canada is at the forefront of this fight,” said the minister.

Australian Prime Minister Scott Morrison was also indomitable. He had received support in the matter from the heads of state and government in Great Britain, Canada, France and India. “

After the dispute in Australia there was global criticism against the platform.

The  German Association of Digital Publishers and Newspaper Publishers (BDZV) declared that Facebook was now showing “its true face”. British MP Julian Knight, in charge of media oversight, said Facebook is probably testing its limits in Australia. “So the way I see it, we are all behind Australia.”

The  reform planned by the Australian government is receiving worldwide attention. In numerous states – including the USA itself – possible steps are being discussed to limit the power of the large American technology companies. Facebook shares fell two percent on Wall Street Thursday.

The seven-day incidence continues to rise to just under 130

Education ministers advise on new rules due to Corona – SWR...

Warranty periods: a longer life for the oven

Invisible giant in space is bigger than expected

The Vienna Volkstheater starts on January 22nd with “Black Box”