On the sales side, a minus of 23.27 percent was reported compared to sales in the previous year. Revenue was $ 3.42 billion. For the same period last year, the books were $ 4.45 billion.

Analysts had expected earnings per share of $ 0.198 for the quarter, while revenue had come in at $ 3.76 billion.

For the full year earnings per share of USD 0.336 were presented. In the previous year, MOL Hungarian Oil and Gas A reported an EPS of USD 0.505 per share.

The  analysts’ expectations for the past year as a whole had been earnings of USD 0.236 per share.

The y put the sales estimate for the full year at USD 14.45 billion.

Germany still has a firm grip on the cold spell 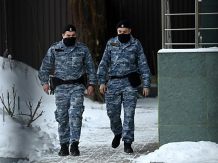 RTL: Peter Kloeppel – goofs in the show! THAT is...