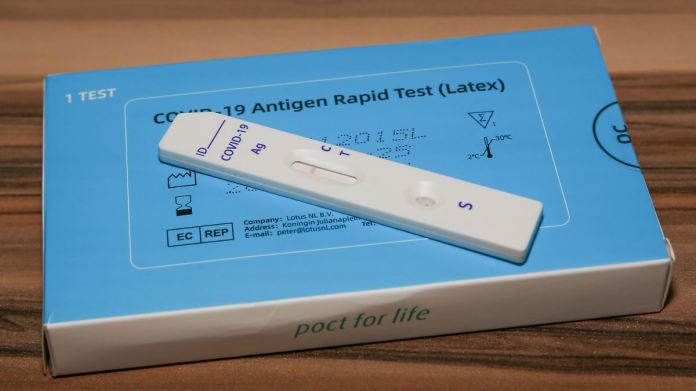 Free rapid tests should be available for everyone in March, and home tests will soon be available in stores. Experts are certain that they will make an important contribution to combating the corona pandemic, and they may even be able to prevent a third wave despite easing.
For a long time, rapid tests were only mentioned in passing in the discussion about corona measures in Germany, but suddenly everything happens very quickly: From March 1st, health minister Jens Spahn wants to make antigen rapid tests available to everyone free of charge. However, according to a report in the “Bild” newspaper, this date is not to be kept – the start is now to be postponed by a week to March 8th.

At the same time, the federal government is pushing for the approval of rapid tests for laypeople; Experts welcome this development, because the tests can be an important part of fighting a pandemic in several ways, one that relies less on restrictive measures and allows for relaxation.

Rapid antigen tests detect a Covid-19 infection much less precisely than PCR tests, which critics repeatedly cite as an argument against their use. However, one shouldn’t replace the other. If rapid tests work, there is a high probability that a person is carrying so much viral load that they are contagious. Otherwise a test can be negative despite an infection.

You will have a result after 15 to 20 minutes, but you can only rely on it for a day at most. Rapid tests are only snapshots, a negative tested person can be infectious 24 hours later. And a positive result must always be evaluated using a PCR test.

Rapid antigen tests are almost unbeatable when you need to know quickly whether someone is contagious for the next few hours or not. For this reason, the procedure was initially included in the national test strategy on October 15 with reservations for hospitals and care facilities. Retirement home employees should actually be tested twice a week. Too often, however, this failed due to a lack of staff, as a doctor’s reservation applied to the implementation. Trained personnel have only been allowed to carry out the tests since November 18.

This plays a very important role today, because, with the exception of the AHA + L rules, rapid tests are the only means by which school openings are secured. In many federal states, for example, teachers should have the right or obligation to take regular tests.

But that’s only half the battle, because it’s actually about not going to school or daycare who could be infected, and that of course also applies to the children. Stations at the school gate are hardly suitable for this, as is a detour on the way to school via a pharmacy or the family doctor. This is where the lay quick tests come into play, which anyone can perform at home. Older children in particular could do the tests with the help of their parents.

For the Rapidtest.de initiative, however, this is only the beginning. She would like regular quick tests for all people in face-to-face professions, i.e. in jobs where no home office is possible. Since the current lockdown is already restricting many social contacts, it is reasonable to assume that numerous infections are taking place in connection with the workplace.

The  RKI writes in the management report on Sunday: “

The  high nationwide case numbers are caused by mostly diffuse events with numerous accumulations, especially in households, in the professional environment and in old people’s and nursing homes.” Each of the areas mentioned is an ideal area of ​​application for rapid tests.

The re are no numbers or models to clearly demonstrate this. But you can easily imagine what effect it would have on the infection process if people were to test themselves there regularly.

Rapidtest.de thinks even further, however, the initiative wants as broad a part of the population as possible to test itself twice a week.

The  initiative is the German offshoot of Rapidtest.org, whose mastermind is Harvard scientist Michael Mina. For an effect similar to that of vaccinations, it is even sufficient if half the population carries out the test once a week on a certain day, he said in a Medscape interview a month ago. This could lower the reproduction number R across the board so “that the outbreak, instead of increasing exponentially, begins to decrease exponentially.”

Since a third corona wave is feared because the British mutant B.1.1.7 has a higher R value than the virus that has been widespread so far, a weekly test may not be enough. If it doubled, the effect would be correspondingly stronger.

“If 50 percent of the population were to test themselves twice a week with self-tests and then isolate immediately if the result was positive, the effect could be about as strong as the lockdown from mid-December 2020 to February 2021,” said Rapidtest member Nik Kolb ntv.de. “So regular self-tests are one of the best additional tools to control the pandemic and yet we don’t use it.”

Kolb does not share the fear that, as with the PCR tests, there would not be sufficient capacities. In the medium term, he does not expect any bottlenecks. A spokesman for the Federal Ministry of Health said today that Germany has secured 500 million rapid tests for this year and an additional 300 million rapid tests in Europe.

“No bottlenecks in the medium term”

If home testing licenses are granted, manufacturers should be able to ship in large quantities fairly quickly.

The  Hamburg company MEDsan, for example, stated on “Stern TV” that it could produce up to 1.2 million tests a day. Price: 5 euros each. According to Nik Kolb, over 30 companies have already applied for a special license.

The  chances that the costs for home tests will be covered at least in part are quite good.

The  Federal Ministry of Health writes that this is the responsibility of the federal states.

The  national test strategy of the federal government considers low-threshold access for all citizens – possibly for a small personal contribution of 1 euro – to be sensible.

One year after Hanau: More action against racism called for