In addition to Enea Bastianini and Luca Marini, Jorge Martin will also have his first season in the top GP class this year.

The  Spaniard has been in the motorcycle world championship since 2015.

Jorge Martin made his international debut three years before the first GP race, in 2012 the MotoGP rookie from the Pramac team took part in the Red Bull Rookies Cup, but the season was marked by the young Spaniard’s bad luck with injuries.

The  following year he was able to make amends and take second place in the championship. In 2014 he dominated the entry-level series and was crowned champion.

The  23-year-old from Madrid made his first GP appearance on March 29, 2015 in Qatar, and he was able to get his first World Championship point on his debut.

The  first GP podium followed the next year in Brno, where he finished second. In 2017 he made it onto the podium nine times as a Gresini Honda driver, just as often he was allowed to start from pole. In the last battle of strength of the season, he took his first GP victory in Valencia.

In 2018, Martin continued where he had left off the year before: He also won the opening race of the Moto3 class. During the season he won six more times and was third in Spielberg and second in both Misano and Valencia. That was enough to win the world title in the end.

The  promotion to the Moto2 class with Red Bull KTM Ajo in 2019 was the logical next step and Martin also made it into the points in fifteenth place in the first Moto2 race of his career. In his first Moto2 year he also achieved two top 3 placings: In Japan he finished third, and in the following race in Australia he even took second place.

In the Corona season, Martin collected six more podium places and was even two times at the top of the podium as a winner: At the Red Bull Ring and in Valencia, he prevailed against the rest of the field, in the end he finished fifth. Rank – also because he had to skip two races because of a positive Covid-19 result. Before he fell ill, he was only eight points short of leading the World Cup!

As a result, Martin drew the attention of the MotoGP team leaders, both KTM and Honda showed interest, but in the end the ten-time GP winner opted for the Ducati of the Pramac Racing Team.

Like his rookie colleagues Enea Bastianini and Luca Marini, he will do everything in his power to secure the title of rookie of the year and become the next Ducati hero.

Last week Jorge Martin practiced with a Ducati Panigale V4S with his Desmosedici colleagues in Jerez. He is currently training hard – including on the MX bike, as he reveals on social media. So today, Wednesday, he did his last MX training before the Qatar test.

Winter tests of the Moto2 and Moto3 class

Britney Spears currently leads a life away from the stage

Will Neuhaus leave Gladbach in summer? Rumors about BVB and... 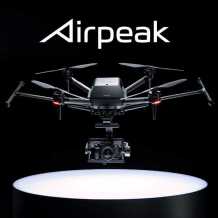 To make things faster, Tulln will help out with the COVID...

Numbers, maps & graphics for Germany and the world