Only three points from the last five league games:  The re are teams in the Premier League that have had an even weaker record than Tottenham Hotspur in the recent past. Demand and reality diverge in the bottom of the table, which was even first up to matchday 12, but clearly diverged in the end. It is still possible to reach the European Cup 2021/22 via the EFL Cup, where the “Spurs” meet Manchester City in the final, and the Europa League, where reaching the second round after a 4-1 at Wolfsberger AC is only a matter of form. Nevertheless, coach José Mourinho comes under more and more criticism.

The  “Telegraph” is already talking about a potential successor for the Portuguese: Julian Nagelsmann.

Accordingly, Tottenham boss Daniel Levy has identified the RB Leipzig coach as the ideal alternative if Mourinho does not continue beyond the current season. Decisive for Mourinho’s future, who took over from Mauricio Pochettino in November 2019 and is still under contract with Tottenham until 2023, are the next four games: at home against WAC and in the league against Burnley, Crystal Palace and Fulham – all more or less relegation candidates . Full marks are expected from this, also from Mourinho himself.

“Telegraph”: Nagelsmann open to move from RB Leipzig to the Premier League

According to the Telegraph, Nagelsmann would be open to a move to the Premier League, even if not in the middle of the season. He recently described the English House of Lords as “very interesting” in the newspaper. It is a “big goal” to achieve something similar to that of his opponent in the Champions League round of 16, Jürgen Klopp (Liverpool FC). That could be “a step” for him in the future.

Parts of Chelsea’s board of directors wanted the 33-year-old after TM information (Update: Part added after TM information) in the summer of 2021, before the club parted ways with Frank Lampard early on and took the chance to sign Thomas Tuchel. However, it can be doubted that Leipzig will agree to a move to Tottenham. Nagelsmann’s contract with the “Red Bulls” is valid until 2023, like Mourinhos in London.

The  native Landsberger does not have an exit clause.

The  German coaches of the Premier League history

Germany: Estimate: German economy stagnated in the final quarter of 2020...

Corona vaccinations: This is how many people were vaccinated in Germany,... 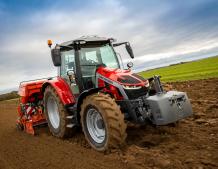 Humboldt Forum in Berlin: The palace, the city and an endless...