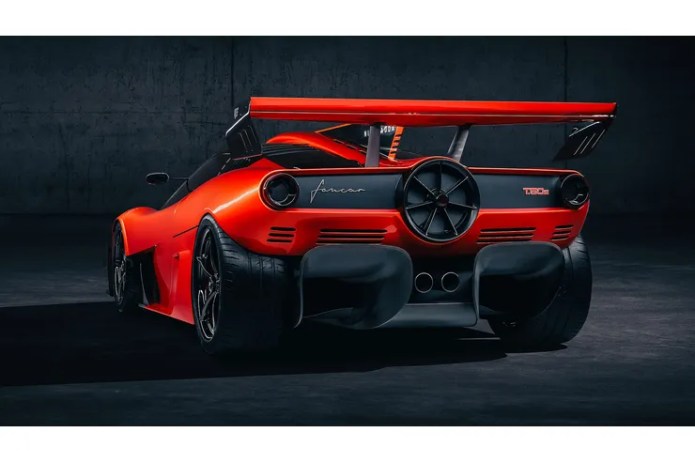 Ex-Formula 1 development guru Gordon Murray has put a spectacular super sports car on the road with the T.50. With the T.50S there was then a track version. An even more tightened Niki Lauda special edition follows.

The  new Murray T.50 also scores in the extensive range of super sports cars with extreme values. Its fan technology is unique, using a large fan at the rear to suck in air from under the car, creating a ground effect.

The  T.50 literally soaks up the asphalt.

With the T.50, Gordon Murray had the design goal clearly in mind – the sports car should simply be the best and most dynamic car on the road. Now the T.50s Niki Lauda is pursuing an equally clear goal – it should be the fastest and most dynamic sports car purely for use on the racetrack. Quasi the ultimate fan car for the circuit.

Only 25 buyers will be able to enjoy the T.50 Niki Lauda, ​​and only when they are ready to put around 3.6 million euros plus taxes on the table.

The re is still time to save, because small series production of the Niki Lauda is not due to start until January 2023. Before that, Murray wants to have built and delivered all 100 copies of the normal T.50.

Even more power, even less weight

Like the T.50, the T.50s Niki Lauda is uncompromisingly designed and in many ways even more extreme.

The  weight is only 852 kilograms.

The  drive is taken over by a further developed 3.9-liter Cosworth V12, which brings it to 711 hp and 485 Nm in the Niki Lauda and can celebrate up to 12,100 tours. Revised cylinder heads, new camshafts and a compression ratio increased to 15: 1 increase performance. With the ram-air effect of a new roof scoop, up to 725 hp should be in there. On and around the V12 was further slimmed down. A total of 16 kilograms of potential savings should have been found.

The  newly run Inconel exhaust system with smaller silencers and catalytic converter, which opens between the diffuser elements, is supposed to provide a brutal sound.

The  X-Trac six-speed gearbox with paddle control on the steering wheel is new and saves a further five kilograms.

The  overall ratio was limited to around 340 km / h. Buyers also get an alternative gear assembly for very tight courses. 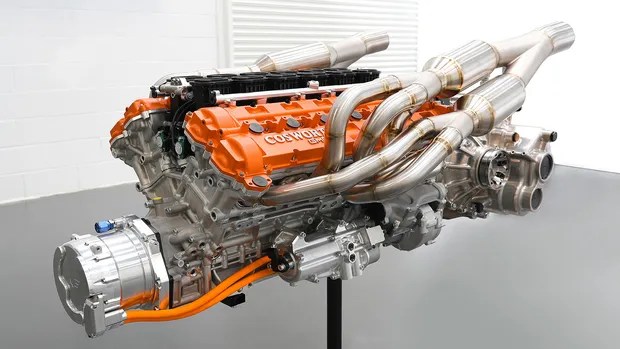 The  V12 has been revised again.

The  chassis has been re-tuned, the body has been lowered and the steering is even more direct.

Up to 1.5 tons of downforce

A mighty longitudinal fin on the stern should give directional stability.

The  fan in the rear is framed by martial diffuser elements. Above it sits a spoiler in beer table format – an aero component that Murray absolutely wanted to avoid on the production car – and the rear grill grille is adorned with Fancar lettering. In order to keep the aerodynamic balance, Murray equips the front with new spoilers and splinters, behind the front wheel arches new barge boards are spreading. Murray promises up to 1.5 tons of downforce. 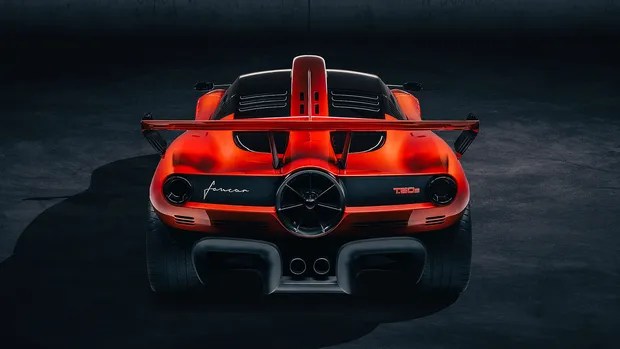 The  blades and fan provide a powerful downforce.

Murray fills the wheel arches with 18-inch magnesium rims that are fitted with 250 mm wide racing tires at the front and 300 mm wide rollers at the rear. A rain tire option is also available.

Everything in the cockpit is also scaled back to the needs of racing drivers. It remains with the central driver’s seat – now as a carbon racing seat – if desired, a passenger can also take a seat to the left of the driver. A new board to the right of the driver takes on all controls, the rest flies out.

The  only source of information is a digital instrument in front of the driver.

In honor of Niki Lauda

And why is the model called Niki Lauda? Murray is honoring the friend and Formula 1 driver who won the 1978 Swedish GP with the Brabham BT46B – called vacuum cleaner – he designed. All 25 copies also have a second name. This is derived from the racetracks on which Murray cars were able to achieve victories.

The  first T.50s Niki Lauda is called Kyalami 1974. Of course, all 25 buyers are free to choose their favorite paint color, receive a briefing and set-up drives on the racetrack as well as an extensive accessory package. That should also be possible at 3.6 million euros.

I can’t take it seriously

The  little ones are better, more customer-friendly and more innovative

Gordon Murray builds the ultimate race track toy for 25 extremely wealthy gentleman drivers. Anyone who is a fan of the Fancar should have 3.6 million euros plus taxes ready. It starts in 2023.

Navalny is on trial twice a day

Corona in Siberia – If he wants to go online, he...

Bitcoin investors will continue to invest diligently in 2021

Exchange of prisoners between Azerbaijan and Armenia