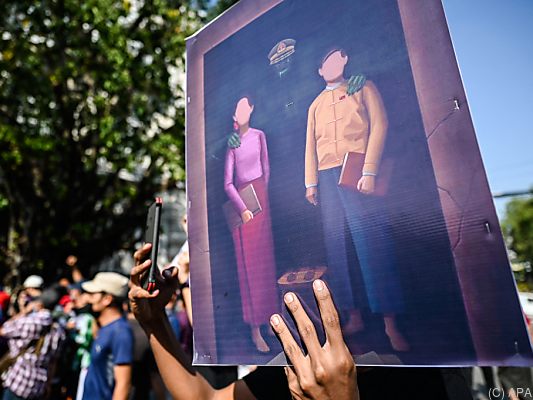 
Myanmar’s military blocked the Internet after the coup
© APA (AFP)

After the military coup in Myanmar and the resulting nationwide protests, the generals continued to be tough. After brutal attacks against peaceful demonstrators, the military switched off the Internet again nationwide on the night of duty, according to activists and network monitors. Current reports on the situation were therefore not available.

On Monday, tens of thousands of people across the country protested against the new junta, despite the growing military presence on the streets. Emergency services once again brutally attacked the demonstrators. Gunfire reportedly rang out in the northern city of Mandalay. In many other parts of the country, too, including the largest city of Rangoon, people defied the threats from the army.

The y called for the restoration of Aung San Suu Kyi’s civilian government.

Security forces in Myitkyina in the north of the country shot at participants in a rally on Sunday. Tanks had arrived in Rangoon at the weekend, and military vehicles were on the streets in other parts of the country too – obviously to intimidate the population.

The  military, which had ruled the Southeast Asian country with an iron hand for almost five decades, brutally put down any resistance in the past. Only ten years ago were tentative democratic reforms initiated – until the coup on the night of February 1st.

The  alleged trigger should have been irregularities in the parliamentary election in November, which Suu Kyi clearly won. In the wake of the coup, the military established the former icon of freedom together with many other politicians.

The  Nobel Peace Prize laureate is said to be under house arrest.

The  hearing should apparently take place via video link. It is questionable whether Suu Kyi will be released afterwards.

At least 426 people have been arrested in Myanmar since the coup, according to reports by human rights activists. Of these, 391 are still behind bars, according to a statement by the AAPP Support Organization for Political Prisoners.

Apple deletes 94,000 games from the app store in China

Thuringia: Police stop wrong-way drivers after 15 kilometers on the highway

Michael Wendler: Will Donald Trump save the hit bards in the...

Vaccination start for Berliners over 90: the taxi is free Why Yuki Tsunoda drives in Formula 1 with starting number 22