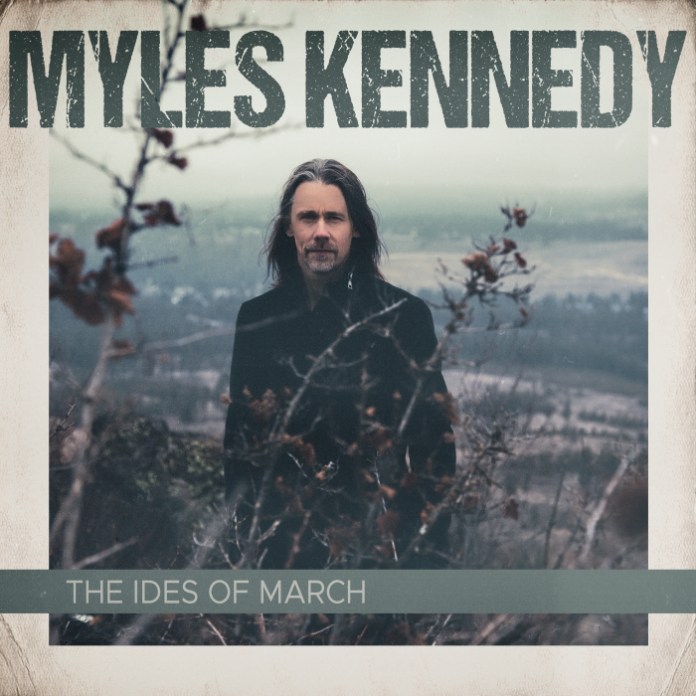 MYLES KENNEDY has never been a musician who wastes precious time.  The  singer known from ALTER BRIDGE and SLASH AND THE CONSPIRATORS used the downtime forced by the pandemic to complete his second solo album.

The  result, in which Myles manifests his passion for rock, blues and country, will be released on May 14, 2021 via Napalm Records under the title “

The  Ides Of March”.

The  Ides Of March” at home after all tours had to be canceled. Together with his colleagues known from his solo debut “Year Of

The  Tiger” – drummer and long-time friend Zia Uddin as well as bassist and manager Tim Tournier – he finally went to Florida to record the album there with regular producer Michael “Elvis” Baskette.

The re is no doubt that Myles has created a worthy successor to his solo debut, from the slide guitar riffs of the opener “Get Along” to the thoughtful blues of the bouncer “Worried Mind”. While “Year Of

The  Tiger” was more of an acoustic journey of exploration through MYLES ‘thoughts, he now hangs over his electric guitar and pushes himself as a guitarist and songwriter. Tracks like “A Thousand Words”, “Wake Me When It’s Over” and “Moonshot” show the varied musical arrangements that Myles brought with all of his projects to a fan base around the globe. Myles, Tim and Zia demonstrate their musical skills on the epic, over seven-minute title track “

The  Ides Of March”.

In the first single “In Stride”, MYLES indulges in slide guitar play and lyrically calls on people to “take it all in stride”. For the music video for “In Stride” he worked again with Stefano Bertelli, who had previously brought ALTER BRIDGE’s “Native Son” to life. You can see a computer-animated Myles calmly accepting the end of the world.

For 50 years: a mouse explains the world

The Bachelor (RTL): Details about the finale revealed – dream dates different than expected

Emigration from Great Britain due to Corona 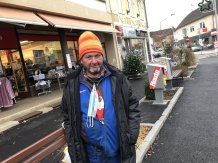 Schaffhausen sweeps Thun off the pitch – Wil scores against Leader...