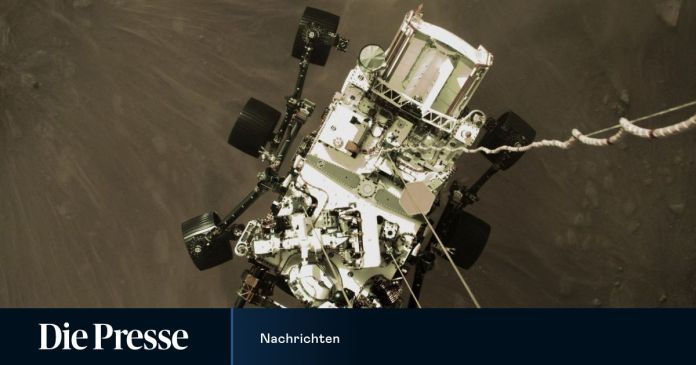 Such video and sound recordings have never been made before. “ The se videos are amazing,” said NASA manager Mike Watkins. “We have all watched them many, many times over the weekend.”

The  US rover “Perseverance” has sent the first videos of its landing and audio recordings from Mars to Earth. Such video and sound recordings have never been made before, announced the US space agency NASA on Monday at a press conference. “

Small helicopter undocks from the rover

The  small “Ingenuity” helicopter on board the rover had previously sent its first status report to the control center in Pasadena, California – and according to NASA experts, it “seems to be working perfectly”. “Ingenuity” (in German: ingenuity) is still attached to the underside of “Perseverance”. But in 30 to 60 days the helicopter is supposed to explore Mars from a bird’s eye view. It would be the first flight of an aircraft over another planet.

Meat industry considers prohibition of work contracts to be unconstitutional |...