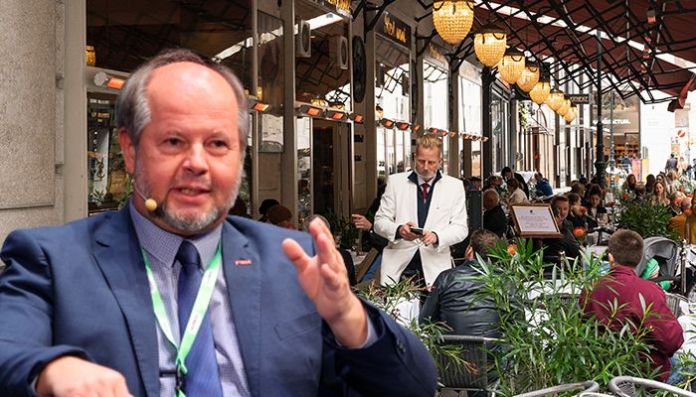 Virologist Norbert Nowotny assumes that the 2000 mark will be cracked in the next two days. Nevertheless, easing would be possible.

The  7-day incidence in the Hermagor district (Carinthia) is 637, while there is currently not a single case in Rust (Burgenland). How can that be?

The  virologist Norbert Nowotny was a guest at “Puls24” to answer this question.

“I think that is the only possibility at the moment because we have already exhausted all of the measures nationwide.”

The  task now is to come down with the incidences at the regional level.

This is simply because the situation differs from region to region. That is why a revival of the corona traffic light would also be very useful, which would allow regional individual measures to be taken.

The  figures for the individual districts are already available, which means that a regional reaction would already be possible. “Traffic light or not.”

The re are three reasons for the current surge in numbers, only one of which is positive. Austria is “almost a test world champion,” said Nowotny.

The  negative reasons are, on the one hand, the loosening, which now had 14 days to unfold its effect. On the other hand, the more contagious British variant, which already accounts for over half of the cases in the eastern region.

Bar instead of barber

“Now we’ll wait tomorrow, the day after tomorrow, I’m afraid we’ll crack the 2000 number of new infections. But it could have been worse.” With the current measures (shift operation and tests) it is quite possible to keep the schools open until Easter.

“I’m afraid that further openings will hardly be possible,” says Nowotny. One possibility, however, would be to “make an exchange with things that are now open”. This means that, for example, the hairdresser or the trade closes again and the catering industry opens for it.

However, higher numbers of cases would only be possible if the age group 65 and over was vaccinated.

The n daily new infections of over 3,000 would not be a problem. Until there is enough vaccine, you just have to somehow “muddle through”.

School start in the canton of Bern – back to the...