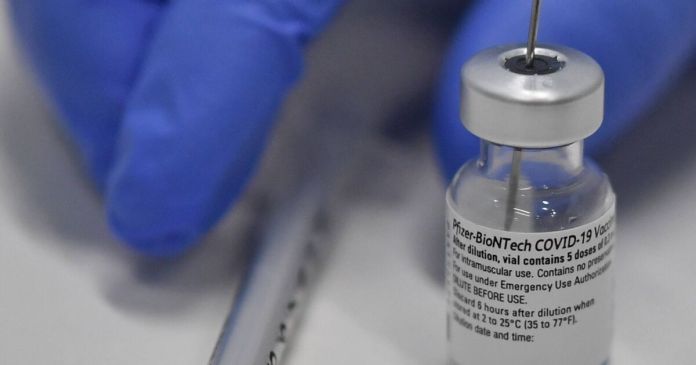 “This suggests that the vaccine could also help stop the transmission of the virus because you cannot pass the virus on if you are not infected,” the statement said.

The  values ​​go back to the “Siren” study, in which questionnaires on symptoms, smears and blood serum samples are regularly analyzed for a group of around 40,000 employees from the health sector.

At the weekend, the results of a previously unpublished publication by Biontech and Pfizer together with the Israeli Ministry of Health became known that the vaccine is “highly effective” in preventing Sars-CoV-2 infections.

The  proportion of people with full vaccination protection who tested positive for Corona in a certain period of time was therefore significantly lower than the proportion of those who were not vaccinated.

The  study authors write of an effectiveness of 89.4 percent. However, they themselves point out that the effect of their approach could be overestimated. Experts also consider the value to be unreliable at the moment.

If further analyzes confirm in future that the vaccines currently used significantly reduce the transmission of the virus, the pandemic could be effectively slowed down with the ongoing vaccination campaigns – and the faster the faster large parts of the population are vaccinated.

So far, there is only reliable data for the three vaccines approved in the EU with regard to how well they protect against corona disease – i.e. against the sometimes severe symptoms that follow an infection.

The  active ingredient from Biontech / Pfizer has efficacy values ​​of more than 90 percent. So far it has not been clear whether the vaccines only ensure that infected people develop symptoms less frequently or also protect against infection as such. This is an important difference, because in order to contain the pandemic as quickly as possible, as few people as possible should be infected.

The  British government feels that the evaluation of the data recorded so far in the country has strengthened its vaccination strategy, whereby many people should receive their first vaccination as soon as possible.

The  second dose will only be given after up to twelve weeks. In total, around 17.5 million people in the UK have been vaccinated with a first dose. Only around 615,000 people received a second dose.

Microsoft Edge should get child mode

Fortnite developer Epic Games extends the fight against Apple to the...

Frankfurt am Main: Right lane closed on Am Riederbruch between Borsigallee...

At the end of January, RTL will issue the “Certificate for...