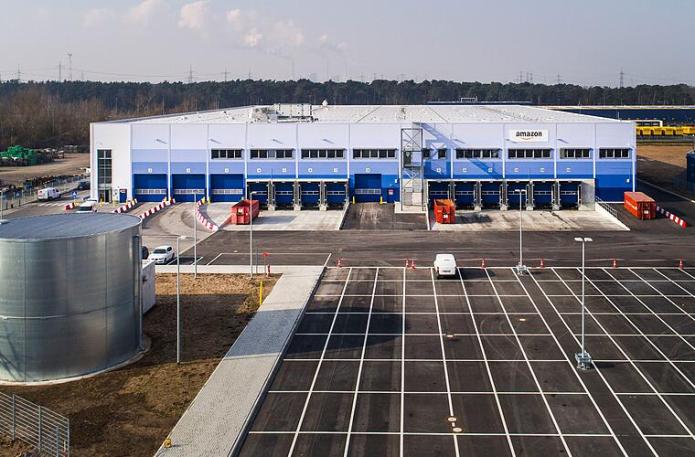 The re are problems in Eggolsheim: Amazon is planning further locations

Since October 2019 Amazon has been operating the sorting center in Eggolsheim. Not without problems for the place, however. “

The  trucks were parked everywhere,” explains Mayor Claus Schwarzmann inFranken.de. Another problem was the drivers who stayed there overnight and who did their business outdoors because of the lack of sanitary facilities. In the meantime, however, the situation has improved. Together with the community, Amazon is working on the problem, the complaints have decreased significantly. In addition to the sorting center in Eggolsheim, Amazon currently operates two other locations in Franconia. In Nürnberg and Bayreuth there is an Amazon distribution center in each case. From there, the Amazon parcels are sent directly to the customer via Amazon Logistics.

The  Bayreuth location was last in the news because around a quarter of all employees were infected with the corona virus.

However, it should not be used at the three distribution centers in Eggolsheim, Nürnberg and Bayreuth stay: Amazon is already planning a logistics center and three further distribution centers in Franconia. In Hof-Gattendorf A new Amazon logistics center is now to be built. More than 1000 new jobs are to be created as a result, as reported inFranken.de. A spokesman said it was still too early to speculate about an opening date. However, they look forward to the next steps in the planning process.
In the Lower Franconian Oerlenbach (Bad Kissingen district) a new distribution center is currently being built.

The  new Amazon location should open as early as the summer, according to an Amazon press spokesman. Also in Upper Franconia Pommersfelden (Bamberg district) is planning a distribution center – Amazon has already confirmed this location as well.

The  project is scheduled to start in autumn. Amazon is also working on the planning for a distribution center in Schwarzenbach on the Saale (District of Hof). “But we are still at a very, very early stage,” explains the Amazon spokesman.

The  sale of the space has already been promised, everything else has to be seen.

An Amazon package usually has a long journey behind it when it arrives at the customer.

The  logistics centers form the “heart” of Amazon.

The re the goods are delivered, stored and prepared for dispatch to the customer.

The re are currently 15 of them in Germany, and another is being planned in Hof.

The  parcels then go to a sorting center like the one operated in Eggolsheim.

The re the parcels are sorted according to delivery areas and then forwarded to distribution centers of various partners or Amazon Logistics itself. From there, the parcels are handed over to the respective local delivery partners, who mostly deliver them to the customers in the morning.

The re are several Amazon sorting centers and over 30 distribution centers in Germany. Amazon also operates two of its own service centers as well as Amazon data centers and four research centers. Around 16,000 employees are only responsible for logistics in Germany alone.

* Note: In the editorial team we are always on the lookout for great offers and useful products for our readers – for things that inspire us and bargains that are too good to be ignored.

The  links provided in this article and marked with a shopping cart symbol or an asterisk are so-called affiliate links / advertising links. If you click on one of these links and buy from it, we receive a commission from the dealer. This does not change the price for you. Our editorial reporting is fundamentally independent of the existence or the amount of a commission.

Due to historical loss: SBB executive suite saves on its own...

WHO mission to investigate the origins of corona in Wuhan 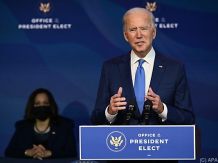 Reaction from Berlin: When will the 15-minute intervals for the S-Bahn...