Now it becomes clear what happens to you if you don’t accept the controversial new terms of use by May 15th.

Tech companies are not immune to gigantic bankruptcies, bad luck and mishaps. A prime example of the last decade was Google Glass.

The  billion-dollar company got cruelly wrong with the premature computer glasses.

The  multiple recall of the not entirely fireproof Galaxy Note 7 will be remembered for a long time. Like now that too Communication disaster from Whatsapp this spring.

Actually, it wasn’t a dramatic change in the app’s terms of use. But this was the first time that many people realized that Whatsapp belongs to Facebook. A ridiculously short ultimatum (those who do not accept will be locked out!) Did the rest.

While Facebook and Whatsapp practiced damage limitation (all just rumors and misunderstandings!),

The  competitors rejoiced and reported millions of new users.

Finally, Whatsapp saw that it would not work and granted a deadline. Users should now have until May 15th to get an idea of ​​the situation and after plenty of time to think about it – preferably! – click on «Accept». A proven de-escalation strategy.

However, it remained unclear what would happen if one did not agree by May 15. Now the American technology magazine Techcrunch uncovered the plans and let Whatsapp confirm them.

The  consequences can now also be found directly on the Whatsapp website. Accordingly, your own WhatsApp account will not be deleted by return of post on May 15th if you do not accept the conditions. But: “However, you will then no longer have the full functionality of Whatsapp will be available until you have given your consent. You will receive calls and notifications for a short time, but you will not be able to read or send messages in the app.»

In short: from May 15th, anyone who does not take part can only use the app passively and every time they try to interact with friends, they are confronted with the request that they should accept the conditions.

How intrusive the Whatsapp will be after May 15th will only be shown then. But the approach is clever: if you see that five new messages have arrived, you will be tempted to accept the conditions after all.

You can also do that after May 15th, as Whatsapp continues to say: «You can still agree after May 15th. It’s ours Directive with regard to inactive users. “

The  casual reference to the policy for inactive users is tough.

The re it says: “In order to maintain security, limit data retention and ensure the privacy of users, Whatsapp–Accounts typically deleted after 120 days of inactivity.»

Whatsapp leaves it open elegantly with the word “normally” whether after these 120 days in September.

Another point is also crucial. Namely how well this strategy is received by the audience. If there is another outcry, Whatsapp can simply extend the deadline again. Ideally into the summer.

The n you’d rather send holiday photos than worry about terms of use.

Team competition: Liensberger hot for the next medal – World Ski... 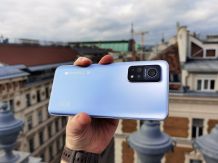 Nathria Castle has a secret exit

This is what Berlin schoolchildren wish for this difficult Christmas year...