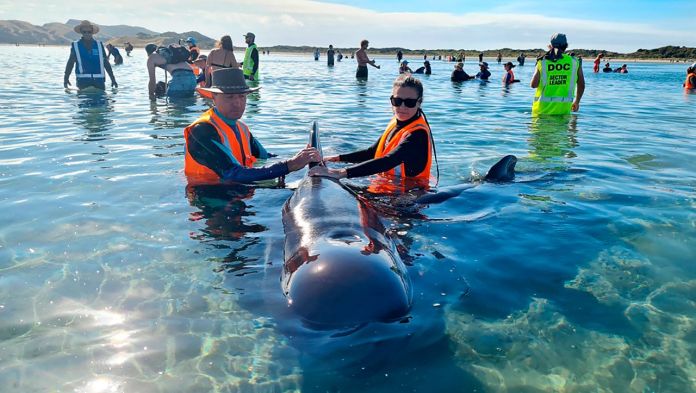 More than 20 pilot whales have been returned to deeper waters after a second stranding off New Zealand. “ The  whales are currently swimming freely off the coast and are monitored by a boat from the nature conservation authority,” the organization Project Jonah announced on Tuesday.
On Monday, 49 animals were stranded on the Farewell Spit headland. Some of them perished, but 28 survived the night.

However, helpers found this group on Tuesday in the same area off the South Island of the Pacific state. Volunteers formed a human chain to drive the whales into deeper water.

The re is a small group that has moved away from the main group, but they can still swim freely, according to a Twitter post in the afternoon.

The re have been at least ten mass strandings on the Farewell Spit headland in the past 15 years. Most recently, almost 700 whales stranded there in February 2017, 250 of which died.

Scientists are puzzling why such fatal incidents keep occurring on the headland. According to one theory, it could be because the water at this point is particularly shallow, which disrupts the animals’ biosonar. 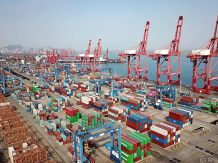 This is how “Temptation Island VIP” ends for Roxy and Calvin!

No summer holidays on the beaches of Europe without a vaccination...

Fighting pandemic in Germany: the government is not out of the...