Liverpool are still in crisis in the English Premier League.

The  defending champion had to admit defeat 2-0 in the city derby against Everton on Saturday at Anfield Road and thus suffered the fourth championship defeat in a row. As sixth in the table, the “Reds” are 19 points behind leaders Manchester City, calculated in terms of loss points.

Liverpool fell behind against Everton in the third minute through Richarlison. After that, the hosts clearly dictated the game and missed some chances. Everton presented itself more efficiently. Dominic Calvert-Lewin took a penalty from a counterattack, which was converted by Gylfi Sigurdsson (83).

To make matters worse, the champions, already weakened by many injuries, had to complain about another failure – captain Jordan Henderson had to be replaced in the first half. For Everton it was the first derby win after 20 unsuccessful attempts in the Premier League and the first success at Anfield since 1999. Liverpool only took two points from the last six home games.

A few hours earlier, the downward slide from Southampton was at least braked.

The  team of Styrian Ralph Hasenhüttl wrestled a 1-1 home win from the most recently strong Chelsea and scored points for the first time after six league defeats in a row.

The  hosts took the lead at St. Mary’s Stadium with a goal from ex-Salzburg and Liverpool loanee Takumi Minamino (33.), Mason Mount (54.) equalized with a penalty for Thomas Tuchel’s troops, who were still undefeated. Southampton could have taken the lead again in the second half, but Jannik Vestergaard headed the ball against the crossbar in the 74th minute.

To all experts in social networks … 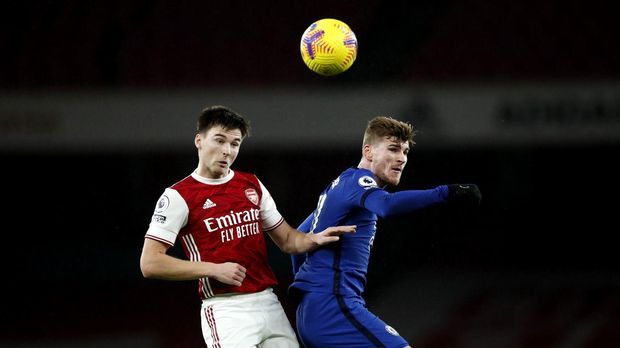 After the appearance of a young son: Angelo Kelly convicted of...

Berlin GPs could vaccinate as early as March