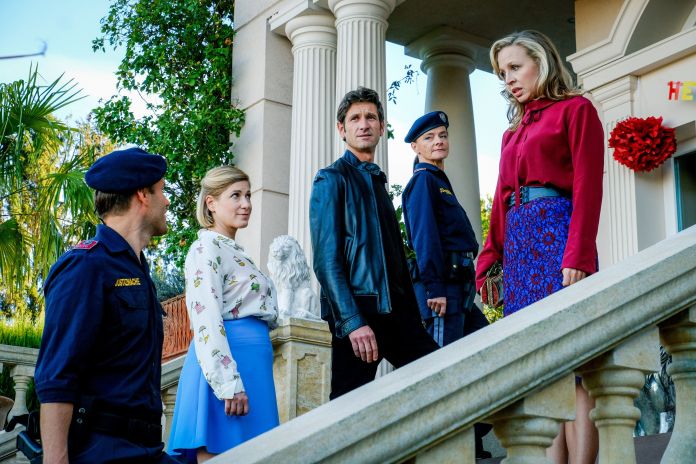 On Monday, Nina Proll will be on TV twice at the same time.

The  “Vorstadtweib” is also a guest on the rate panel of “

Nina Proll fans will be spoiled for choice on Monday. Because the 47-year-old Viennese will appear twice in the main TV evening on Monday. In “Vorstadtweiber” (8:15 pm, ORF 1), she blackens her “friend” Sonia (Ines Honsel) to the police as Nico, because Sonia knows what happened to the dead Leo (Laurence Rupp). Incidentally, this episode will also show whether Schnitzler (Philipp Hochmair) sitting in prison is actually still pulling all the strings …

In addition, Nina Proll also appears as a guest in the rate panel of “

The Simpsons: These 19 Predictions Have Come True

Formula 1 | Ex-world champion on Schumacher: “Will be difficult...

After three drought summers: Almost all trees in the Frankfurt city...

THESE novelties are in the 11th season with Niko Griesert

New Year’s Eve in corona crisis – parts of the world...