For the fifth time, Nino de Angelo wants to enter the port of marriage. In an interview, he reveals that he still believes in love.

Pop singer Nino de Angelo (57) has already had four failed marriages. In 1998 he was divorced from Judith Coersmeier, with whom he had been married since 1986. In 2006 she divorced the then acting student Michaela.  The  couple had been married since 2003. In 2013, Nino was divorced from his childhood friend Renée, whom he led to the altar in 2007. And from 2014 to 2018 the marriage with Larissa Schmitt, Nino’s fourth wife, lasted. Now the “Jenseits von Eden” singer wants to know again and marry his great love Simone (45), he reveals in an interview with “Gala” magazine.


Nino De Angelo
Terminally ill: “I may have another 5 years”
Shattering confession from Nino de Angelo: He has terminal lung disease.

Nino de Angelo had to postpone the wedding due to Corona

The  wedding was actually planned for last year, the 57-year-old reports and adds: “That was of course not possible because of the pandemic.” But now he wants to finally marry his Simone, with whom he has been together for three years and who runs a riding facility in the Allgäu.


Angelo’s Nino
Daughter Lou Beyer: “He was often not there”
Nino de Angelo leads an eventful life to this day. Four marriages, intoxicating successes as a singer, but also deep crashes. His daughter Lou Beyer looks back with mixed feelings because she often needed her father more than the star-hungry star.

Nino also has an explanation for why his previous marriages didn’t work out. “I was only together with three of my four ex-wives for about a year before the wedding – that was not enough. You tell any nonsense with rose-colored glasses,” says the singer with certainty. But he still believes that marriage is a statement that he wants to spend the rest of his life with his partner. “That might sound a bit stupid from my mouth. And at the registry office they probably ask themselves: ‘What is he doing here again?’ But I believe in love, “says Nino, revealing that he is still a great romantic.

Wedding dresses that make you dream: In the video below we show you the most beautiful star weddings of the past year.

Ripple price forecast: what about the XRP token?

The Masked Singer: Show gets shorter, puzzles get more difficult 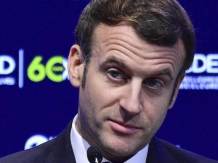 President Macron tested positive for the corona virus – Germany and... 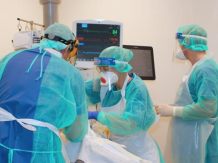 Situation in hospitals seems to be easing – Coronavirus –