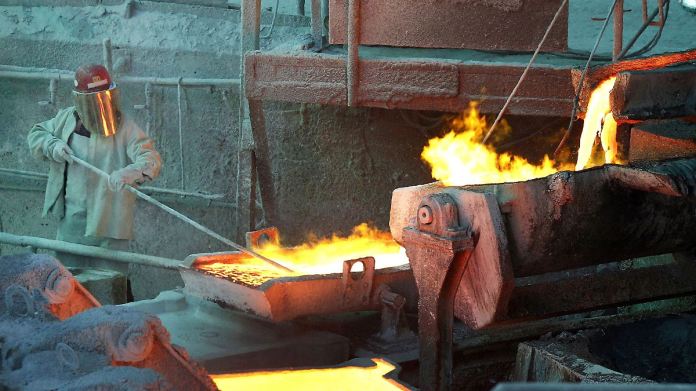 The  price of copper has almost doubled within a year. Other raw materials are also becoming more expensive at a breakneck pace. Some experts see a “super cycle”.

The re is currently no stopping commodity prices. Whether copper, platinum, iron ore or tin – the prices of many industrial metals are rising rapidly.

The  situation is similar with agricultural goods such as corn or soy. What makes big raw material suppliers such as the mega-corporations BHP or Rio Tinto happy makes buyers and consumers think.

The  development ensures rising production costs and consumer prices. Especially since an end to the price boom is not in sight: Experts from large US banks such as Citigroup or JP Morgan are already talking of a new “super cycle” on the commodities market, a sustained rise in prices.

The  price of copper, which is considered an economic barometer due to its versatile uses, has roughly doubled within a year and is at the highest level in around nine years.

The  precious metal platinum, known for its use in the production of automotive catalytic converters, is showing similarly strong price increases.

The  price of iron ore, from which steel is extracted, has also risen sharply in recent months.

The re are many reasons for the price boom.

The  supply of many raw materials is relatively scarce. This has not only to do with the sustained great hunger for raw materials in the second largest economy, China, which has long drawn a considerable part of the supply. Many mine operators also cut back their production during the pandemic. This has meant that stocks have become scarce – especially since the supply in the raw materials sector is typically inflexible and cannot be expanded quickly.

At least as important for the price increase is demand.

The  corona pandemic also plays a key role here. It is generally expected that the economic downturn, which is sluggish in many places, will pick up as the vaccinations progress and fewer restrictions.

The  demand for raw materials should also benefit from this, which is already being reflected in rising prices. “Added to this is the immense glut of money caused by many countries and central banks in the Corona crisis,” says Eugen Weinberg, Commerzbank’s chief raw materials analyst. This course flushed a lot of money into the commodity markets and additionally fueled prices.

Similar to industrial metals, the situation with what is probably the most important raw material on earth: crude oil. During the first corona wave in spring 2020, prices had crashed so sharply that buyers of American crude oil were temporarily paid – instead of paying for the raw material as usual. Crude oil has now recovered from this historic crash. At around 60 US dollars, a barrel (159 liters) costs as much as it did shortly before the pandemic broke out. “On the oil market, too, the hope of an economic improvement and increasing demand is providing a boost,” says chief analyst Weinberg. In addition, the supply is kept tight by well-known producers such as Saudi Arabia.

As broad as the price surge may appear, there are exceptions on the raw materials market that do not benefit from the hope of a “post-corona period”.

The se include the precious and crisis metal gold, the price of which has stalled considerably in recent weeks. One important reason are rising capital market rates in the USA, which are making interest-free gold a little less shiny.

The  recent rise in the US dollar, which arithmetically makes the precious metal traded in the American currency more expensive for many buyers, has the same effect.

The  analysts of the Frankfurt private bank Metzler speak of an “inflation cocktail” with reference to other price-driving factors. Because higher raw material prices increase production costs at company level. This in turn could be felt by consumers if companies pass the increases on to consumers.

Focus on the electric boom

Experts can imagine that the price boom will continue for a long time. Analysts working with raw materials specialist Max Layton from the large US bank Citigroup are already talking about a new “super cycle”.

The re was last such a thing at the beginning of the millennium – mainly due to the steep economic rise of China. Even now there are reasons that speak for further increases in raw material prices.

The se include the immense demand from emerging countries such as India or the conversion of the economy to green technologies that many industrialized countries are aiming for, which also requires a lot of raw materials.

The  supercycle hypothesis is controversial. “I doubt there will be a new super cycle,” says Weinberg. At most, he wants to speak of a temporary, albeit strong, price increase. Weinberg points out that there is also great uncertainty about the progress of the corona crisis.

The  question of how quickly and strongly the global economy will recover is as uncertain as the future strength of the demand for raw materials. In the oil sector, which is important for the global economy, there is also the fact that the electrification of the economy that is being sought in many places, for example through electric cars, will tend to lead to a weakening of demand. 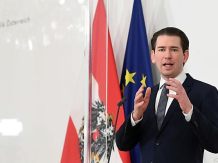 In short: vaccination alliance with Israel not directed against the EU – politics –

Extraordinary process – the National Council wants to open up and is putting the Federal Council under pressure: What exactly does that mean now?...

“The aid must finally reach the companies”

Decree makes it possible to wear a mask in the open...

These are the systemically relevant professions for Berlin

Revelations 3 will be released no later than one year after...