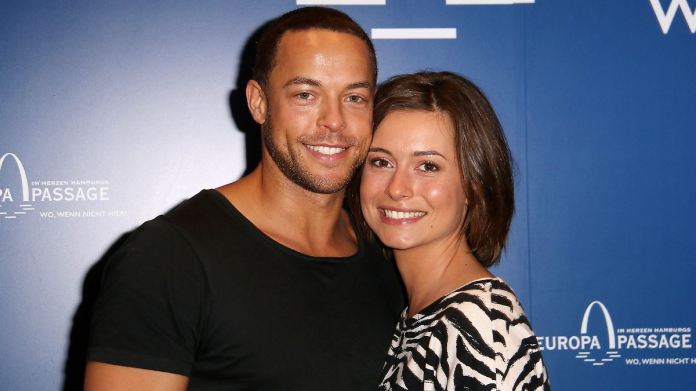 “No love comeback”
Andrej Mangold reveals the reason for separation

In November, ex-Bachelor Andrej Mangold and Jennifer Lange split up – a step that is difficult to understand for many fans of the couple. Now the ex-bachelor reveals why the relationship really failed. Not only the summer house scandal should have played a role.
For a long time Andrej Mangold and Jennifer Lange were considered the “Bachelor” dream couple.  The  separation in November 2020 was all the more surprising for many fans.

The  ex-Bachelor has now revealed why the relationship really failed.

The  “summer house” scandal was just a “drop in the bucket”, he explains in an interview with the VOX program “Prominent!”. It would have been simmering between the two for a long time.

Mangold cites “different ideas for the future” as the main reason. “Me 34, she 27 … We were just at different points in our lives where she wanted to be a little freer than me. I was already thinking of having a family of my own.”

The  shitstorm that followed after their joint participation in the “Summer House of Stars” was the drop that finally broke the barrel.

Fans of the couple, who met and fell in love with the “Bachelor” in 2019, still mourn the relationship today. And so the question of a love comeback repeatedly comes to both of them. Mangold assured him that he had tried. He is someone who fights “till you drop” when he likes something. He thinks he gave everything. But in the end “it shouldn’t be,” regretted the 34-year-old.

Jennifer Lange seems to have completely broken up with the relationship. Just recently, she clearly ruled out a comeback with Andrej Mangold in her Instagram story. “I have no contact with him. And no, there won’t be a love comeback either,” the fitness trainer declared resolutely.

Rimini Street is now the Official Dealer in the New Zealand...

Retail, schools and daycare centers too: Merkel explains the lockdown –...

Kitz cancellation due to coronavirus mutation! Flachau steps in –...

Ex-GNTM juror Armin Morbach: “Those are moments that make you doubt...

Covid-19: Instead of eradicating the virus, we’re giving him a cocktail...