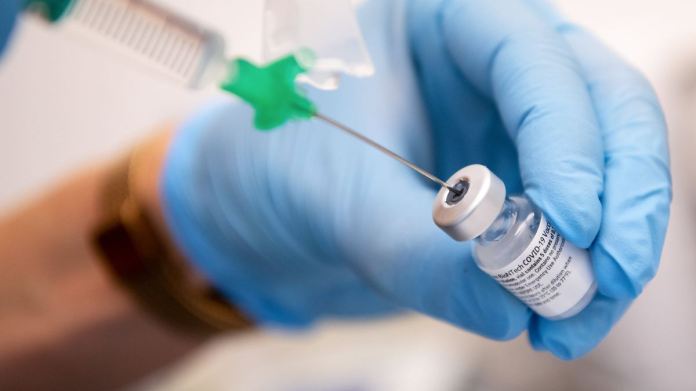 The  Biontech vaccine reaches the vaccination centers in small bottles. Officially, up to six syringes can be drawn out of it, but often something remains in the vial. In North Rhine-Westphalia, the doctors are now given permission to inoculate these valuable remains.
In North Rhine-Westphalia, under certain conditions, seven vaccine doses from a vial of the corona vaccine from Biontech and Pfizer can also be used. “If seven complete single doses can be taken from a vial, there are no concerns about vaccinating another person,” explains a spokesman for the state health ministry. However, the vaccine should not be mixed from different ampoules. In addition, according to the “Kölner Stadtanzeiger”, at least 0.3 milliliters of the vaccine must be left in the ampoule.

So far, according to official approval, the vials contain six doses. However, for technical reasons these are regularly overcrowded, it said.

The  newspaper quotes the head of the Association of Statutory Health Insurance Physicians, Jürgen Zastrow, who welcomed the decision: “We can now get seven instead of six doses from each ampoule, that’s 14 percent more. I’m glad the Ministry of Health made this adjustment – it was overdue, “he says.

By the beginning of 2020, only five doses per ampoule could be obtained according to official requirements. With the increase to six syringe fillings, the vaccination capacity has already been increased by 20 percent with the Biontech vaccine. Now this is increasing again, at least in NRW.

Animal wanted case in Stuttgart: adoptable horse is a riddle –...

Romain Grosjean is already “training” for the comeback

Joy passed ?: Due to the corona pandemic, many Berliners are...

Proceedings against Trump: previously unpublished videos show the drama of the...