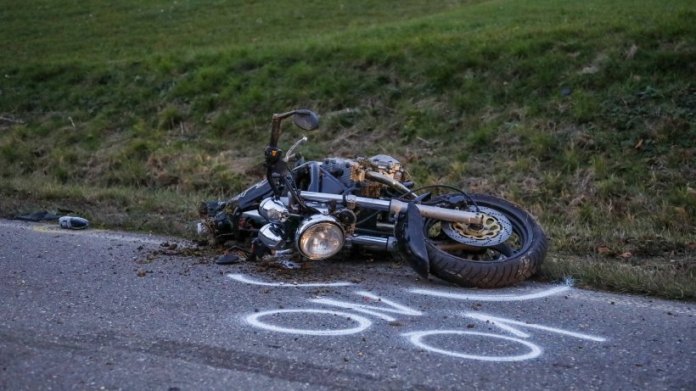 The y were each accompanied by a further cad driver. Two people came in in the accident NRW about life.

According to a police report from the Rhein-Sieg-Kreis police control center on Saturday, a traffic accident involving two motorcyclists was reported at 3:18 p.m. Based on the information in the emergency call, in addition to the police, two rescue helicopters, two ambulances and the Much fire department were alerted.

NRW: Main participants died at the scene of the accident

The  circumstances cannot be confirmed for a long time, but the Cologne motorcyclist probably got into the opposite lane due to a driving error and collided with the Euskirchener.

NRW: Police catch man in disgust – can’t believe what the officers find in his pockets

Both those involved in the accident died due to their serious injuries, despite intensive measures by the emergency physicians on site.

The  two companions were not involved in the course of the accident.

The y were looked after on site by emergency chaplains.

+++ NRW: people remember Hanau victims – then it comes to a scandal +++

The  two motorcycles were seized to preserve evidence.

The  traffic commissioner has started the investigation on site.

The  amount of damage cannot yet be quantified. (pag)

Ultimatum given to the Vice President in the USA

The Book of Boba Fett series confirms + what makes Andor...

Hairdressers in Hessen: cutting hair despite the ban

Balance of the first week of shopping after the lockdown: Frosty...