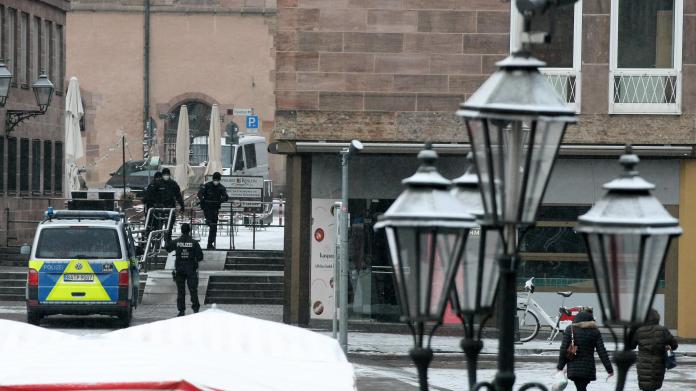 In Nuremberg, a 20-year-old homeless woman gave birth to a child in the icy temperatures in the Frauentorgraben. Bad enough when you have to spend the night on the street at minus 15 degrees.

The  young woman, who had set up for the night on a ventilation grille near the Opera House subway station, was then surprised by the birth of her first child. Mother and child are in a Nuremberg clinic, as the city announced on Friday afternoon.

The  youth welfare office will take care of the child.

When a police patrol arrived at the young woman and her companion, she was already holding the baby in her arms and trying to protect herself and the newborn from the cold with a sleeping bag. Two police patrols immediately went to look after the emergency number reported that the birth of a woman in the moat was in full swing. According to RTL information, the woman’s companion should have informed the rescue workers.

A few minutes after the police officers, an ambulance arrived on site to get the freezing mother and baby warm as quickly as possible. Both were initially taken to a hospital where they can recover from childbirth. A fire department spokesman informed RTL that the condition of the two was “stable”.

How things will go on for the newborn after a cold start in life and being taken into care by the youth welfare office is still unclear. “Homeless families are usually housed in apartments.

The  youth welfare office is active as part of its protection mandate and in close contact with the social service of the clinic in which the mother and child are located. Why the young woman did not go to hospital before giving birth remained an open question.

In response to a request from RTL, the advisor for youth, family and social affairs for the city of Nuremberg, Elisabeth Ries, said: “We are talking to the mother. According to Ries, the child will be taken into care until it has been clarified whether the mother can take care of the child independently or whether help is necessary.

US government puts Cuba back on the terror list

Messi and Neymar will see each other again in the round...

Adrian Grbic in shock after the tragedy at FC Lorient –...