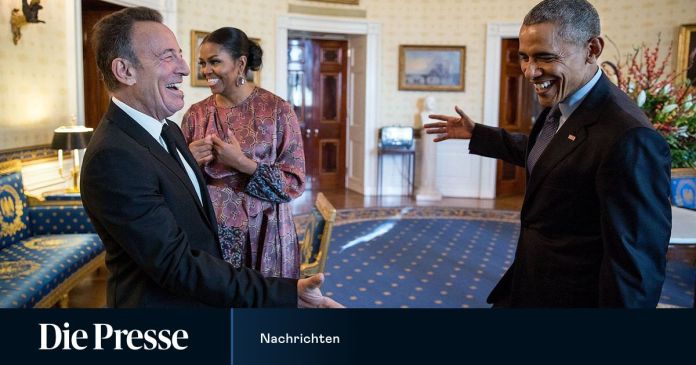 The  musician and the former US president talk for eight episodes, among other things, about “places of origin, role models and modern masculinity”.

The  fact that musician Bruce Springsteen and former US President Barack Obama are fans of each other has already been proven several times: Springsteen played at Obama’s inauguration and gave a family farewell concert on Obama’s departure from the White House. Obama, in turn, honored the musician with the “Presidential Medal of Freedom”, the highest civilian honor in the USA. Now the two long-time friends have started a joint podcast. For eight episodes, the two talked about “fatherhood, marriage and the future of America, “said the audio provider Spotify on Monday.

The  podcast is called “Renegades: Born in the USA” – and a quote from Springsteen’s most famous song, which is often misunderstood as a patriotic hymn.

Obama and Springsteen discussed “their origins, role models and modern masculinity, confronting the painfully divided current state of the country – and offering a vision of how we can move forward together”.

Obama was President of the USA between 2009 and 2017 and then founded a manufacturing company with his wife Michelle. Springsteen has celebrated worldwide success as a musician for decades.

Austria loses against Sweden at the U20 World Cup

Operation in Berlin-Gesundbrunnen: Police dissolve services with more than 170 people...

Biontech confirms: vaccine can be enough for many more doses