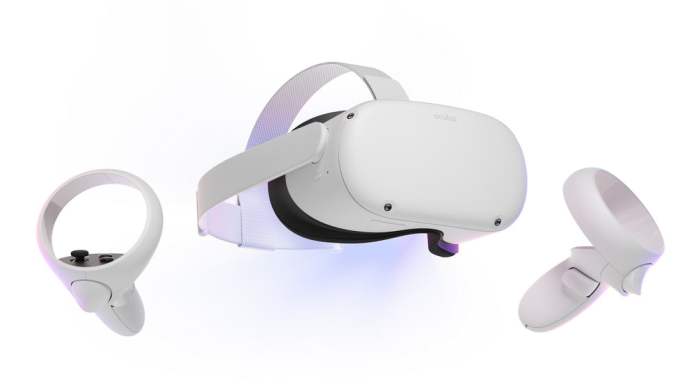 Want to hear your Spotify music while playing with Oculus Quest? We’ll show you how.

Unfortunately, there is still no official Spotify app for Oculus Quest. With the following interim solution from Reddit user ConfusionJRPG, you can still stream your Spotify playlists into your VR glasses, even while gaming or hanging out in social VR apps. Requirement is a Premium Account.

How about Rammstein at Gorn, Rocky soundtrack at Thrill of the Fight or a little chill out at Puzzling Places?

Instructions: This is how you listen to Spotify with Oculus Quest (2):

Have fun listening to music!

Oculus Quest 2 is not sold in Germany for the time being. It is not known how long this sales ban will last.

At Amazon France you can buy the Oculus Quest 2 normally. tip: Right click on the website and select “Translate”.

Note: You can order from Amazon France using your German account.

The  VR glasses support German language in the menus. A regional block on Facebook is currently not active – Quest 2 works as normal. Amazon France delivers within a few days, and some of the devices are even shipped from warehouses in Germany.

Vienna: Appearance of the poinsettia 2020

Lijana disappointed: GNTM team ignored her at the fashion show