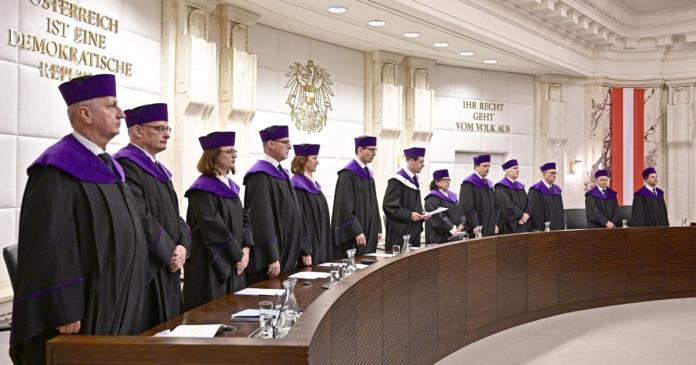 On the other hand, there is now the green light for a comprehensive transparency package. Official secrecy is removed from the constitution and a basic right of access to information is created instead. That means: At the moment everything is secret, only selected items may be published. In the future everything will be public, and only certain things will be secret – for example when it comes to protecting personal data.

What is exciting is what is seen as a cultural breach among legal scholars: decisions of the constitutional court should also be more transparent:  The  vote among the judges is secret. In future, a highest judge who voted differently than the majority (“dissenting opinion”) should be allowed to publish his arguments.

Is that a good idea too?

“It’s actually a very good idea,” says Heinz Mayer, university professor at the University of Vienna and former dean. He has been calling for this for thirty years, like many before him.

“Because from my point of view the level can be raised and a lot of nonsense can be prevented. In Germany, where this instrument has been around for a long time at the Federal Constitutional Court, a judge’s announcement that he wants to express his dissenting opinion is often enough. ”

Why did it take so long?

“Officially, it has been said that the court could damage its own authority if an important decision is not made unanimously, but only by a majority,” explains the expert. “But I believe that nowadays no one will believe that there will be unanimous decisions on disputed issues, so we cannot continue to pretend that the court decides, and not the majority of the judges.”

The  transparency package will be assessed on Monday. A decision in parliament before summer is likely.

Funke Mediengruppe is the victim of a hacker attack

US plans to respond to SolarWinds hacker attack