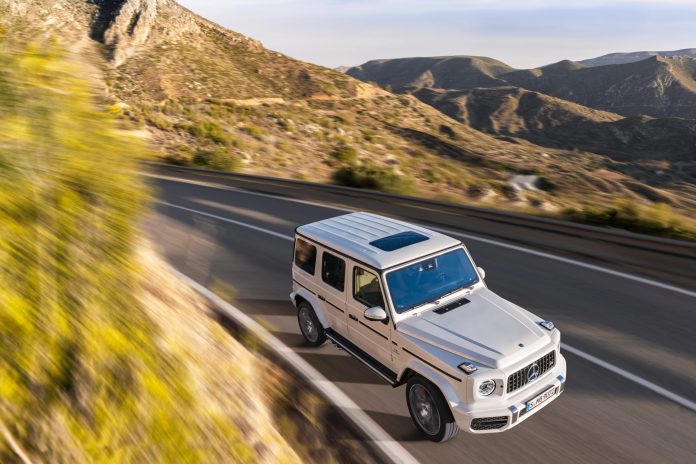 The  box-shaped cult mobile has been built since 1979 and is currently being torn out of the hands of the trade – the manufacturer wants to benefit even more from this.

The  high-horsepower, fuel-efficient and high-emission all-wheel-drive cars weigh heavily on the CO2 balance of the Mercedes fleet, the efficiency light of the G-AMG types is in deep red.

The  top version costs more than 160,000 euros even as a “cash register model”, with popular optional extras quickly adding up to 200,000 euros.

Mercedes-Benz is reducing dealers’ margins in the business of its heavy-duty G-Class SUVs (W 463 series). “As of the order date March 1, 2021, a new uniform exploitation discount of 3 percent (including 1 percent factory share) applies to the customer segments Flottensterne 1+ (5GE) and commercial agents / franchisees (FHV),” says a letter from the ” Team Marketing Programs “of the Stuttgart Daimler brand. Business Insider has received the confidential message marked “High”.

Mercedes had previously granted the sales partners mentioned a recycling discount of five percent. Together with the 13 percent basic margin that the manufacturer grants retailers, a comfortable 18 percent margin can be achieved. Now this has dropped to 16 percent for sellers to operators of smaller fleets (fewer than four cars).

In Mercedes circles, the surprising reduction in the recycling discount is due to two factors. On the one hand, the iconic G-Class – first launched in 1979, the year of the second oil crisis – is so popular in the Arab world and Russia that delivery times of one and a half years are not uncommon for some versions. “With a car that has been selling itself for over 40 years,” said a Mercedes-Benz partner in an interview with Business Insider, “the manufacturer would like to keep more in his pocket himself in these difficult times of corona and transformation. ”

On the other hand, the off-road box-type vehicles, which weigh tons, are comparatively thirsty and emit enormous amounts of carbon dioxide. For example, Mercedes-Benz specifies a combined fuel consumption of 14.4 liters per hundred kilometers for the 585 hp G 63 AMG.

The  combined CO2 emissions are therefore 330 grams per kilometer.

The  efficiency class is the worst of the eight eco traffic light categories, is marked in signal red in product information – and appropriately bears the abbreviation “G”.

“In view of the increasing penalties for such CO2 slingshots from the EU, Mercedes-Benz should be interested in refinancing at least part of it through the upcoming reduction in the discount,” said a G-Class seller.

The  basic price of the Mercedes-Benz G 63 AMG is 160,680 euros. But the majority of customers want a large number of expensive special equipment, the current price list on the Internet is no fewer than 89 pages. “That quickly adds up to well over 200,000 euros,” says the G expert, “and two percentage points more or less are therefore noticeably significant.”

Job boom: The end of the golden era on the job...

Wikimedia Commons: Why a flower photo is viewed 78 million times...

Frankfurt against Dortmund 1: 1 – goals from Lienhart and Prietl