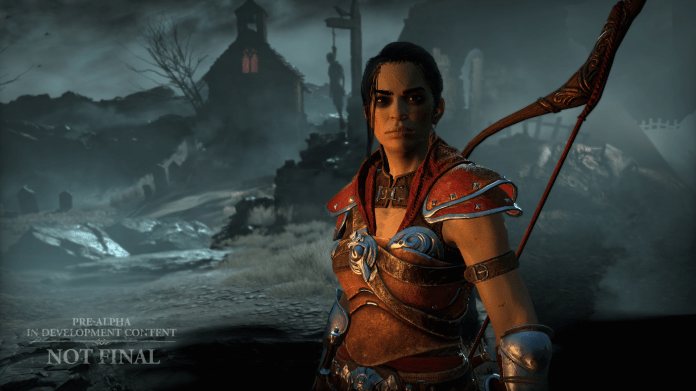 Blizzard describes Diablo IV as a large open world action game with role-playing-like character development that can be played by as many people as possible.  The  title was announced in 2019, but it won’t be released until next year. We already knew that before the Blizzconline, but at the big online event it became clearer than ever that currently nobody can predict one hundred percent what this game will be in the end.

The  distilled information content of the event is rightly called at one point “Ultimate Blog Post” However, in the flood of details, some notes have been hidden that are receiving attention. In this article we are working on the information for you step by step.

First of all, a new class has been announced: the barbarian, the sorceress and the druid will be joined by the huntress, who has to put a stop to the henchmen of Hell.

The  new character is described as a mobile class that allows different play styles early on. Basically, you will be able to choose between being an archer and the power fantasy of an insidious melee assassin – as well as everything in between. Fast attacks and high mobility with a good pinch of finesse, these seem to be the core characteristics of this rogue class.

Attacks can be reinforced with various elements, such as ice, poison or shadow, in order to incorporate additional control effects. If you get in danger, the courageous escape into the realm of the shadows will help to achieve the all-important blow (or to resume the fight elsewhere). Crow’s feet and the mighty rain of arrows give you area control and whoever perfects all of this will be able to specialize in the course of the game to cause combo damage, attack the weak points of the enemy in a more targeted manner or merge even closer with the shadowy realm.

The  topic of class specializations does not only apply to the hunter, of course, because each class can be refined in a similar way. Blizzard currently plans to unlock these advanced techniques once and then switch between them at will. In some cases you want to accompany this with narrative, for example by letting the players work with certain factions to bring a character’s imagination to life. That sounds interesting without question, but it is currently mainly ideas that Blizzard would like to use to pick people up.

The  team is still working on a foundation on which possible content and experiences are built. This becomes clear, for example, with the topic of items.

According to the developers, magical (blue) and rare (yellow) items, for example, are solid options for refining your own build – which I honestly doubt.

The  developers want to prevent known problems from Diablo III through passive talents in the skill tree. As soon as your character shows corresponding values, various bonus skills can be unlocked. Above a certain value, your active ability causes an additional effect or the nature of the attack changes in another way. In Diablo III, these influences only come into play via runes and items.

Diablo III was a linear action fireworks display that drew us deeper and deeper into the circles of hell on a randomly generated, clearly predetermined path. In contrast, Diablo IV will be an open world game that we should be able to experience with significantly more freedom. According to Art Director John Mueller, there will certainly be sections that are more focused – just like there will be one or more points in the adventure where the various missions come together again. You shouldn’t expect narrative turns, multiple game ends, or dialogue options, but the way you experience the content available will be different for each player.

Whether you complete this or that mission first, or whether you prefer to start exploring and repopulating Sanctuary, that is up to you. Exploration should be worthwhile especially for fans of the series, the developers emphasize again and again with reference to names of factions and places that tell me little or nothing. What I was able to get out of the group discussion is that Blizzard puts quality over quantity and doesn’t want to overwhelm us with an endless to-do list. You should be able to explore sanctuary more quickly with horses, whose skills you can increase with items (horseshoes are supposed to increase riding speed, for example). A feeling for mobility gives your character new movement options, such as jumping and climbing.

According to lead game designer Joe Shely, focused players in Diablo IV can expect an action that entertains between 20 and 30 hours. As the story progresses, as well as after the campaign ends, the open-world“Container”As Art Director John Mueller described the result in the interview, open it continuously to make room for further sideline activities and activities. According to the current status, these are camps, dungeons and quests, world bosses and PvP areas.

While exploring the open world, players should come across places that have an immediate problem. If we help the residents to solve this and avert the danger, a permanent camp could arise, which in turn has playful advantages.

The n merchants and other locations, as well as new dungeons and quest threads, will become available, according to Blizzard. So you will rebuild and settle Sanctuary bit by bit, which Shely calls an illustration of an achievement.

PvP mode is used by John Mueller (Art Director) as Art “Survival Challenge” described. In certain areas, the so-called “Fields of Hatred”, Mephistus’ hatred corrupts all life, including the players who are in it. We can therefore be attacked by other heroes and attack them too. Encourages opening chests and killing enemies “Shards of Hate” days that we can purify at a special event in a shrine near the PvP field. We need the currency obtained from this process to buy outfits and mounts from special dealers. According to the developers, these items are no more powerful than other items, but you will miss them and all of the content of the PvP experience (which also includes PvE opponents) if you decide to ignore the online part as much as possible .

Developers Careena Kingdom (animation) and Joe Piepiora (systems design) illustrated another focus of the PvP experience in another segment of the show: bounties. If you kill enough other players in the Fields of Hate, you will eventually incur the curse of Mephistus. This is how you become one “Vessel of Hatred”that is shown to other players as a dangerous enemy on the map. You will be rewarded with a bounty for eliminating you, but if you survive a certain time in this state, you can expect a corresponding bonus … You have to stay in the PvP zone during the event and are not allowed to escape.

Blizzard did not announce an expected start date for Diablo IV last weekend because the game is far from finished – we should all realize that. Although I can understand the frustration of the players, I very much welcome this decision, because in addition to internal pressure, your own employees should not be exposed to external expectations. Diablo II came about in the late 1990s with a terrible, unacceptable crunch that some of those involved still remember today. I can only wish all members of the development team that the long shadow of this genre-defining epic does not reach into the depths of a personal hell. 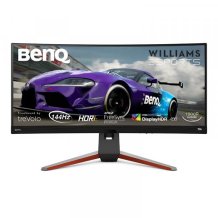 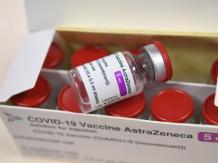