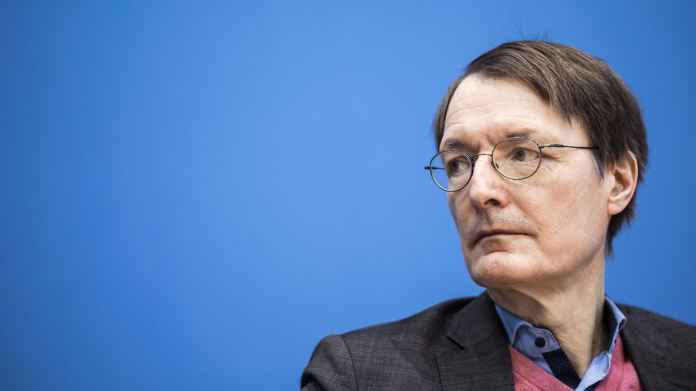 Opening has to wait
Lauterbach: Third wave can no longer be stopped

The  lockdown was designed to prevent the more contagious virus mutations from spreading and to push the seven-day incidence below 35. But SPD health expert Lauterbach sees the country at the beginning of an unstoppable third wave. Chancellery chief Braun also destroys hopes for opening.
SPD health politician Karl Lauterbach sees Germany at the beginning of a third corona spread phase. “We are not yet in the middle of the third wave of infections, but it has started and can no longer be stopped,” he told the “Passauer Neue Presse”. Lauterbach therefore assumes that opening steps will have to be postponed.

The  seven-day incidence of 35 targeted by the federal and state governments can no longer be achieved in many places.

The  value had fallen for weeks, but recently rose again a little. On Tuesday morning it was 60.5.

While Chancellor Angela Merkel outlines a way out of the lockdown by implementing three opening stages, alongside Lauterbach and government spokesman Steffen Seibert, Chancellor Helge Braun is also trying to keep hopes in check. As the “Bild” newspaper reported, Braun said in a switching conference with the heads of state chancellery of the federal states that in view of the infection situation, “no openings” are currently possible.

The  group is supposed to develop concrete opening scenarios for the upcoming federal-state group on March 3rd.

The  German Society for Internal Intensive Care and Emergency Medicine also issued an urgent warning in March of major loosening. Its chairman Christian Karagiannidis told the “Rheinische Post”, according to calculations, the vaccinations were not yet fast enough to prevent a third corona wave if there was a return to a slight lockdown like in November before April.

The  federal and state governments must be careful not to “lose the game in extra time”.

The  hospitality industry now has “a right to a realistic opening perspective in the coming weeks,” said Dehoga managing director Ingrid Hartges of the “Rheinische Post”.

Seibert: Time of falling numbers “over at the moment”

Merkel is considering a step-by-step plan for gradually exiting the corona lockdown. According to participants in a CDU presidium meeting on Monday, the Chancellor proposed package solutions for three areas of society in combination with increased corona tests. Merkel named the personal contacts, schools as well as sports, restaurants and culture. However, the Chancellor also urged great caution when opening the door.

Government spokesman Seibert said there are already significant opening steps in daycare centers and schools. In addition, the time of falling infection numbers is obviously “over for the moment”.

The  proportion of the more dangerous variants of the corona virus is now 20 to 25 percent – and “we have to assume that this will continue to increase”.

The  federal and state health ministers agreed on Monday that the teachers at primary and special schools as well as daycare workers should be vaccinated faster than previously planned.

The y should be upgraded from priority group three to group two in the vaccination ordinance, as the conference chairman Klaus Holetschek from the CSU announced.

The  German Teaching Association and the Education and Science Union welcomed this decision. At the same time, boss Marlis Tepe demanded in the editorial network in Germany that since most schools and daycare centers have been open again since Monday this week, the speed of the vaccination campaign must be “significantly increased”.

China is preparing for an insecure world – with consequences for Germany

“Mentally suspicious”: Police are looking for a woman and her baby!

New dates for over 84 year olds

Corona: What travelers in Great Britain and South Africa need to...

Education – Berlin – Senator for Education: No face-to-face classes before...

“Millions of employees threatened by infections”: Greens for tightening lockdown due...

Federal-state agreement: Schools and daycare centers remain closed: This is the...