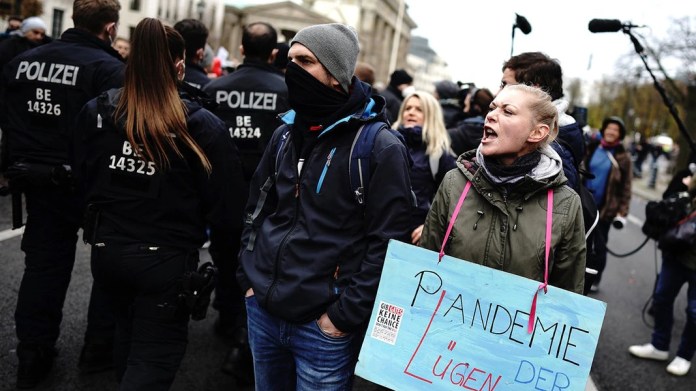 It starts on Sunday morning from 10.15 a.m. – but initially with a different demo. Under the motto “Car parade of hearts for Valentine’s Day”, a three-digit number of participating vehicles want to roll through the city center and use the campaign to express their lack of understanding of the applicable Corona rules.

The  parade starts and ends on Schützenplatz.

Planned train through the city center is canceled

The  second meeting of critics of the current measures will also begin there at 2 p.m. Under the motto “Life and physical integrity for everyone according to Article 2 of the Basic Law”, the demonstration is to take place until 4 pm. According to their own information, the police are expecting a four-digit number of participants – a spokesman did not want to give more details to NDR.de on Saturday. Originally a train through the city center was planned, but this project was locally restricted by the assembly authority.

An alliance that opposes the corona restrictions has been gathering for weeks. So also on the weekend in Hanover. Who are these people and what worldview do they have in common? (09/16/20) 8 min

A counter demo is also registered. Under the motto “In solidarity through the crisis instead of right-wing agitation and conspiracy myths”, a demonstration procession in the area of ​​Ferdinand-Wilhelm-Fricke-Weg will start at 12.30 pm.

The  meeting is scheduled to end around 3:30 p.m. on the stadium forecourt. “A three-digit number of participants is expected,” said the police.

How good are Threema, Signal, Telegram and other messenger apps?

Jewelry and money stolen – who has any clues about these...

“Shadow in the Cloud” in a 4K UHD Mediabook: First artwork...