Six analysts forecast EPS for the past quarter to average $ 0.243 per share compared to $ 0.220 per share in the year-ago quarter.

6 analysts expect an average turnover of 58.2 million USD ?? that would be an increase of 2.02 percent compared to the same quarter of the previous year, in which 57.1 million USD had been converted.

Looking at the past fiscal year, 6 analysts are assuming an average loss per share of USD -0.288, while in the previous fiscal year USD 0.560 was reported. In terms of sales, 6 analysts assume on average that in the fiscal year just ended a total of USD 186.1 million will be on the books, compared to USD 184.5 million generated previously.

Frankfurt: Police are looking for a criminal pensioner couple 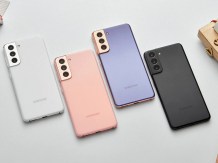 Presidential elections in Ghana: between corona and economic crisis