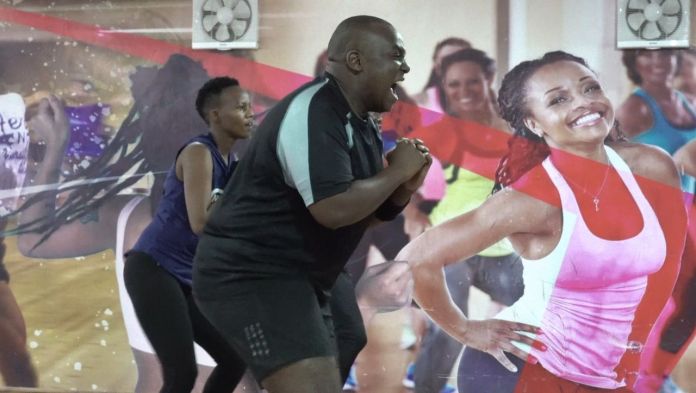 Power workout in Kenya’s capital Nairobi. Such gyms are springing up all over the city. Many are here to fight against being overweight.  The re is no shortage of customers. Norah was successful – she lost 40 pounds.

“For me, fitness is more of a kind of therapy. I had problems with my weight and confidence. I weighed 120 kilos, now it’s only 80. And a lot of that muscle mass. That’s a big difference.”

Dan Oloo has also lost many pounds. He now works here in the fitness studio as a Zumba trainer.

“I think Zumba is a really good solution to the rampant obesity. You move without realizing that you are exerting yourself – because it’s so much fun. “

And head coach Niko doesn’t give the participants a break. He grew up in the slum himself – his customers with the extra pounds probably didn’t.

The se kids are rich, they get everything they want. So they stuff all that junk food in. Your parents can afford it, so they eat it. But if you look at the slums, it affects very few. Most of the customers who come here with overweight come from rich families. “

And because more and more residents can afford it:

The re is hardly a main street in Nairobi without advertising for fast food. For some middle-class people, it’s their daily lunch.

Dickson Amugsi, Research Center for Population and Health of Africa

“Africa is sitting on an overweight time bomb. I myself studied 24 African countries over a period of 25 years. Every country we looked at has seen an increase in obesity. “

Women between the ages of 15 and 49 are most severely affected. And studies confirm: higher earners are on average bigger. But obesity is also increasing in the slums. In many African countries, the proportion of obese residents in the total population has doubled within 25 years, and in some countries even tripled.

The  cliché of the malnourished continent – long gone in cities like Nairobi. Almost half of the population is now overweight – a widespread disease. We are on the way in Kiserian in the suburb of Nairobi. It used to be a village with a lot of agriculture, now a booming suburb with fast food on every corner. Waitress Maureen serves almost exclusively french fries for lunch.

The re will be a lot of fats out here in the next two or three years. Honestly, people eat French fries here and then sit in the office all day instead of doing physical work. “

In the past there were mainly traditional herders of the Maasai people here. But their lifestyle has also changed drastically – with clear consequences.

“No Maasai used to use a car, we always walked. Today everyone has a car that is easy to finance. So nobody runs anymore.

The  new lifestyle permeates our society. “

He defies this trend: Stephen Mwangi is one of the few remaining farmers in the region. But he now has to transport his spinach a long way – because he can hardly get rid of it here.

»People think that cooking at home is too time-consuming and exhausting.

The y don’t have time anymore, everyone is always under pressure. So they prefer to get fast food in the restaurant. That’s why nobody eats the healthy vegetables like they used to. “

Overweight and obesity are ubiquitous in Africa’s cities.

Dickson Amugsi, Research Center for Population and Health of Africa

The re’s a big link between urbanization and obesity. As the cities keep growing, people adopt the western lifestyle. We have to stop this immediately, otherwise our health systems will collapse. “

More and more people are already becoming ill from being overweight, and deaths from diabetes have risen by 40% in Kenya over the past ten years – more than any other disease.

After all: Coach Niko sees an important turnaround.

“I think a lot of people are rethinking. Most people used to say: If you are fat, you are rich, you have enough to eat.

The n you were accepted by society. In the village they made the fat people their leaders. But nowadays that is changing. Because people die of obesity and have psychological problems. People are slowly realizing that being overweight is not really a good thing. “ Exchange Express – Warren Buffett is now betting on these stocks

The 17th matchday of Buli at a glance