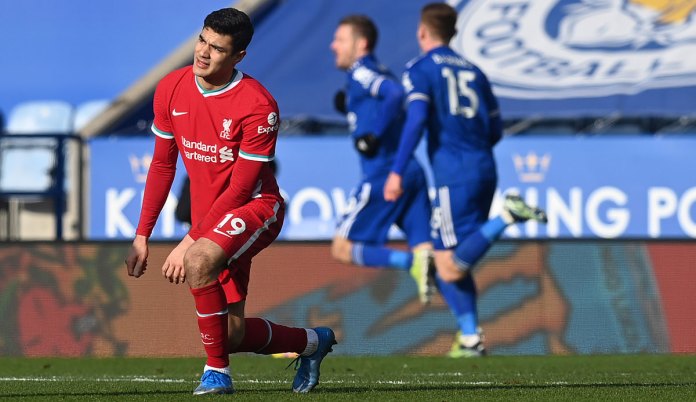 “He didn’t take the easy path in his career,” said Jürgen Klopp the other day about Ozan Kabak, which in his opinion is commendable “from an educational point of view”.  The  coach of Liverpool FC spoke with respect about how his new central defender once gave up a regular place in his home country at the top Turkish club Galatasaray at the age of 18 to try his hand at distant Germany.

The re he was relegated with VfB Stuttgart before he moved to FC Schalke 04 and left the club a year and a half later on loan to Liverpool after an unprecedented sporting decline. Since then, the reigning English champions have lost four out of five competitive games. In the Premier League table, Liverpool slipped to sixth place, the title defense will not succeed and the Champions League qualification is in danger.

The  gap to the currently fourth-placed West Ham United is five points.

The re is probably no other 20-year-old in the world who, despite his young years, has already accompanied three such blatant crises as a protagonist in such glorious traditional clubs. Kabak seems to be attracted to mischief.

However, the disaster had actually struck Liverpool before Kabak’s arrival, as it made his move possible in the first place.

The  team has been in a crisis since December, which is also due to the precarious personnel situation. One after the other, Virgil van Dijk, Joe Gomez and Joel Matip, the three best central defenders, were seriously injured. A little panicked, Liverpool signed two new central defenders on Deadline Day with Kabak (for a loan fee of 1.1 million euros) and Ben Davies (for 550,000 euros from Preston North End).

While Davies has not yet been used, Kabak has been in the starting line-up in the last three games. For lack of alternatives, he played alongside the trained midfielder Jordan Henderson, who injured himself in the groin in the 2-0 defeat in the derby against Everton on Saturday. “It doesn’t look good,” said Klopp. An official diagnosis is still pending, but a break of around three weeks is suspected.

Ozan Kabak moved on loan from FC Schalke 04 to Liverpool FC during the winter break.

After the game there was also talk of Kabak, who let his opponent Richarlison slip away on the first goal. “We have to defend that better. That was completely unnecessary,” complained Klopp. Because Kabak often seemed insecure, even apart from the obvious mistake, it forgot him Liverpool Echo with the worst grade of all players and wrote of a “nightmare” for the newcomer.

Kabak was not really convincing in his two previous appearances either. On his debut against Leicester City (1: 3) he made a serious misunderstanding with keeper Alisson Becker before the 1: 2. “We’d have to work with shouts, but nobody could be heard. That’s not so cool,” said Klopp.

In his second appearance in the first leg of the first leg of the Champions League against RB Leipzig (2-0), Kabak made a more solid game, but was again not without uncertainties. An example is a devastating bad pass in the 28th minute, which Leipzig, fortunately, did not take advantage of. Klopp might have forgotten this scene when he afterwards affirmed Kabak, somewhat exuberantly, as “a great game”.

Liverpool FC has an option to purchase Ozan Kabak

Klopp’s assessment of Kabak’s move was also curious when he emphasized that after all the negative experiences of the past few months, the newcomer needed “a stable team around him”: “And that’s exactly what we can offer.” In fact, Liverpool was anything but stable at this point due to the injury situation and the lack of success. At the moment, the team’s uncertainty seems to be multiplying with Kabak’s personal uncertainty brought in by Schalke.

“I still need a little time to adapt. I think I’ll get even better,” said Kabak after the Leipzig game. What is astonishing about his career is not only the fact that he seems to be attracting calamity to all of his clubs – but also that this calamity has so far hardly harmed his own ambitions. His loan deal runs until the summer, after which Liverpool could sign him for around 23 million euros with a purchase option.

The  numbers in the Premier League

Risk patients have to wait: half a million promised vaccine doses are missing

Injury shock at Kilde: “I fear the worst” – Alpine skiing