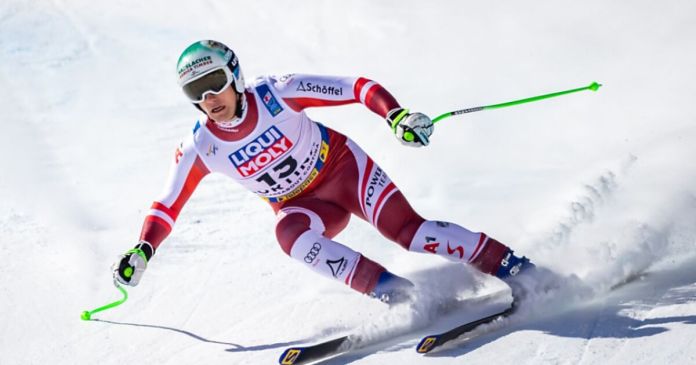 Kriechmayr found it “much more pleasant to drive”, but the day before he had held back criticism in contrast to Paris and Feuz, because it is not easy to always correctly assess the speed on a new route right from the start. After the gold medal, he might not have the pressure, but he still wants to collect medals. “I’m very happy, it will be a close race for sure. It is not the longest descent, it could be quite a slaughter.”

Mayer said he still had video studies ahead of him. “It’s also restless and bumpy, you didn’t see it that way during the tour. Routine doesn’t help you down here as much as it does on a downhill run that is in the World Cup every year. That’s why the circle of favorites is probably a bit bigger.”

Franz went into the group of favorites after the training performance. “Watching videos and preparing a good plan for tomorrow is, I think, the best recipe down here,” said the Carinthian. His compatriot Striedinger was also able to leave the finish area satisfied after the training. “ The  slopes are good for me, the snow is good for me, the weather is good for me. Everything is fine. I feel good, that’s good, because if I feel good, I can attack. I’ll do that for sure tomorrow.”

2 National League games – mammoth program for Lugano and the...

Steu / Koller celebrate their third win of the season in...

Daft Punk broke up after 28 years