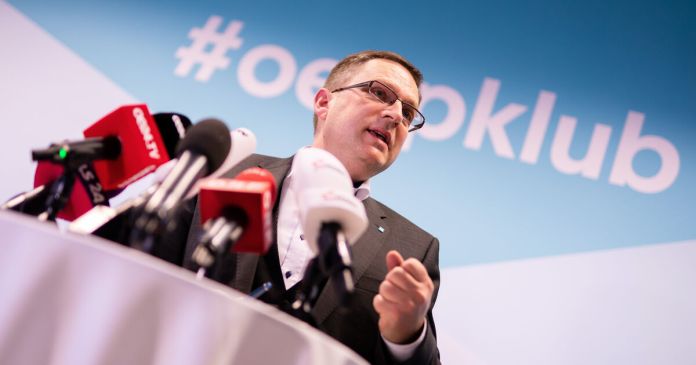 While Finance Minister Gernot Blümel will not file a complaint against his house search, the Novomatic gaming group wants to take legal action against it. Company attorney Michael Rohrgger criticized the APA for the fact that the order of the Corruption Prosecutor was based only on assumptions and that a milder means would have been sufficient.  The  Vienna Higher Regional Court would then have to deal with the admissibility of the raid.

The  Corruption Prosecutor is examining whether the gaming company Novomatic offered the ÖVP money in exchange in 2017 for assistance with a tax problem in Italy. A calendar entry at Novomatic founder Johann Graf about a meeting with “Kurz” during this time caused debate. Former Novomatic supervisory board member Martina Kurz spoke up about this on Thursday. Graf’s daughter-in-law confirmed in a broadcast his statement that she and not today’s Chancellor Kurz met the gambling billionaire on July 25, 2017.

However, the calendar entry is only an indication of the investigation.

The  starting point is a message from Neumann to Blümel on July 10th, 2017. In it, the Novomatic boss at the time asks for an appointment with Kurz about a party donation and “regarding a problem we have in Italy”. ÖVP boss Sebastian Kurz was foreign minister at the time, collected campaign donations and attended events with company bosses, including Neumann.

The re are investigations against Blümel and two other people for bribery and corruption. All those involved reject the allegations and stressed that no money had flowed.

Novomatic now also wants to take legal action against the house search at company headquarters – with at least two arguments. Firstly, lawyer Rohrgger criticizes “that the order is based only on assumptions, two of which turned out to be incorrect within a few days”. Because in fact there was neither a donation to the ÖVP nor a meeting between Count and Chancellor Kurz. And secondly, Rohrgger assumes that because of the special public significance of the case, it was not the public prosecutor’s office but the court that should have ordered the raid.

The  deadline for complaints runs until next Thursday.

Blümel himself is not planning any legal remedy against the house search. “I don’t want to delay the process, I want to accelerate it and that’s why I will refrain from doing it,” said Blümel at a press conference. Blümel did not repeat the allegations previously made by the ÖVP against the WKStA and instead praised their “very professional and very sensitive approach”.

August Wöginger with a lot of criticism

The  approach at Blümel is “humanly last class”, unworthy of a constitutional state and does not correspond to Western standards. However, it was a matter of “sloppiness” by a few, he also noted. Wöginger now demands a “correction” from the WKStA.

The  ÖVP club boss continued to insist on the thesis put forward by his party that the alleged confusion of names was the trigger for what he believed to be an illegal house search.

In the meantime, more and more details about Blumel’s discussions with former Novomatic boss Neumann are known. According to chats published by “Standard” and “Oberösterreichische Nachrichten”, he was intensely interested in the candidate selection of the ÖVP in the 2017 election campaign. “

The y are not experts! Sorry for the frank words, but October is too important!” He wrote about two of the career changers at the time at Blümel.

The  SPÖ accused the ÖVP on Thursday of weakening the judiciary with its repeated attacks on the corruption prosecutor. “Basically, I consider these attacks on the judiciary of a ruling party to be unworthy,” said SP leader Pamela Rendi-Wagner at a press conference. Blümel had damaged the office of finance minister and was limited in his ability to act: “

The  budget is the policy cast in figures, it needs strength.”

Astrazeneca no longer for young people: France only vaccinates over 55-year-olds

Daka brings Red Bull Salzburg over 20 million and even surpasses...

Will be given a demo shortly

The handball world championship and the coronavirus: sport moves into the...

Tightened lockdown in Berlin: the procedure is consistently inconsistent – Berlin