Northern Ireland got a special position in the Brexit treaty – but the DUP, the pro-British party of Northern Ireland, does not fit. She wants to sue the protocol that makes trade in the UK difficult.

The  Northern Irish party DUP wants to sue the Northern Ireland Protocol from the Brexit agreement between Great Britain and the EU.

The  pro-British Unionist Party is aiming for a judicial review of the Northern Ireland Protocol, said DUP chairman Arlene Foster on Sunday. In the opinion of the DUP, the Protocol violates the Unification Act of 1800 unifying Great Britain and Ireland and the Good Friday Agreement of 1998 that ended the decades-long Northern Ireland conflict.

After Brexit, Great Britain left the EU internal market and the European customs union at the turn of the year. For Northern Ireland, a separate protocol was agreed in the Brexit Treaty, which is intended to prevent border controls between Ireland and Northern Ireland and thus a flare-up of the bloody conflict over the British province.

Northern Ireland left the EU customs union, but continues to apply the rules of the European internal market. This means that product and hygiene standards for goods imported from Great Britain, for example, must comply with EU regulations. This therefore requires controls on trade between Great Britain and Northern Ireland and thus leads to a goods border in the middle of the UK.

The  dispute was exacerbated by a mistake by the EU Commission in connection with the shortage of corona vaccines. She had initially considered restricting vaccine exports to Northern Ireland and wanted to use an exception rule of the Brexit protocol agreed with London. After massive protests from Great Britain and the EU member Ireland, Brussels quickly dropped the plan.

Brussels and London are now working to resolve the problems related to the Northern Ireland Protocol. EU Commission Vice-President Maros Sefcovic and the British State Secretary for Cabinet Affairs, Michael Gove, announced after deliberations a week ago that they would “spare no effort” to find solutions. A meeting of the responsible joint committee is to be called by next Wednesday.

Corona vaccination in monkeys: why they get this too

Weather phenomenon in England: ship seems to float over the sea US Senate passes bill for $ 1.9 trillion in corona aid

Corona scandal! Bundesliga star was probably at an illegal party...

For a good cause: Mickie Krause dances at a concert in...

Katharina Liensberger is far from having enough 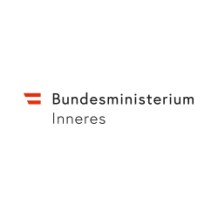