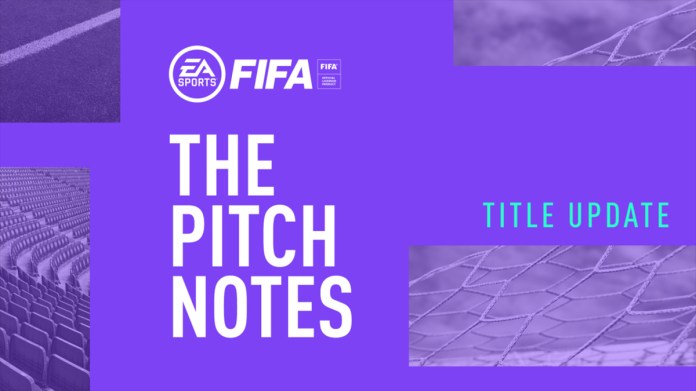 EA SPORTS released the eleventh title update for FIFA 21 on Tuesday (February 23rd) and fixed bugs in FUT, the career mode and VOLTA.

Initially, the new update was only available for the PC, the patch for the current and next gen versions of the PlayStation as well as Xbox should follow in the coming days.  The  eleventh title update turns out to be a small patch that only deals with bug fixes and no adjustments to the gameplay undertakes. In FIFA Ultimate Team (FUT), seven points were dealt with, which primarily relate to the menu. So the search for stadium items was incorrect, Rewards for Squad Battles were sometimes displayed incorrectly and the co-op lobby caused a display problem in the screen background in places.

Im Career mode there was a bug in which the teams could not qualify correctly for the “Asian Continental Cup”.

The  display of the chemistry of the VOLTA players was not always correct, although this had no effect on the games. Both Online-Seasons the players found a way to play with the Soccer Aid team, which is studded with icons and rated better than club teams – EA SPORTS has also fixed this. In conclusion, the Californian developer runs this “Input Overlay” one that the players can activate in the menu: It shows the “input”, i.e. the keys pressed during a game. A second controller for “Online Response” can also be activated, which shows which commands are received by the EA servers.

Corona: Saxony is lagging behind when it comes to vaccination

Gladbach-Swiss shine – Inter is about to be out in the...

Corporate responsibility – despite popular vote – initiative fails due to...