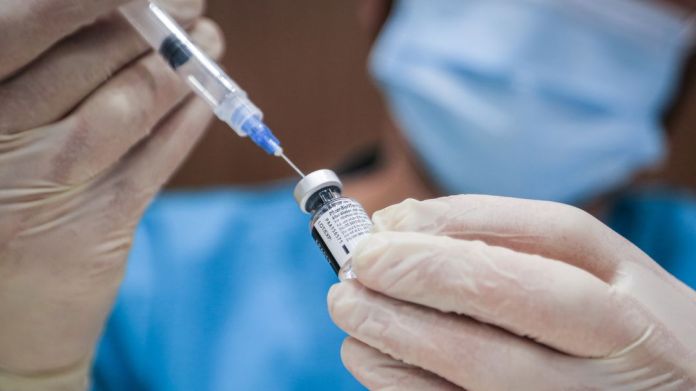 Berlin.  The  board of directors of the Patient Protection Foundation, Eugen Brysch, has spoken out against preferring individual professional groups for vaccination, such as teachers and educators. “By prioritizing vaccinations, the Bundestag wanted to protect the life and limb of the elderly, those in need of care and the seriously ill. Because this group makes up 90 percent of the Covid-19 deaths, “said Brysch the RedaktionsNetzwerk Deutschland (RND).

But the parliamentary majority of the government had prevented a law that the Bundestag alone decides on the priority in the vaccination. “This mistake now falls on the Federal Minister of Health on the feet,” said Brysch. “Because without parliamentary legitimized prioritization, more and more professional groups are pushing for an earlier vaccination.”

Often, however, unlike the vulnerable groups, there is in fact no increased risk of moderate and severe disease progression for these professions. “Because if you test positive, you don’t have to contract Covid-19,” said Brysch. “This means that it is no longer facts but individual interests that decide the distribution of the scarce vaccine,” criticized the patient protectionist. Victims are not only the over 70-year-olds and their caregivers. Affected are also under 65-year-olds with chronic illnesses and disabilities, who often have to laboriously justify their vaccination entitlement to the health authorities.

Federal government dampens hope for easing: “Good development is over”

Because of the spread of the more contagious coronavirus variant in Germany, the federal government has dampened hopes for further rapid lockdown openings. © dpa

On Monday, the federal and state governments agreed on faster vaccinations for teachers at primary and special schools and educators.

The y should be upgraded to the higher vaccination priority group 2.

The  Education and Science Union (GEW) welcomes the decision, but calls for improvements. “

The  GEW generally welcomes the fact that primary school teachers and educators should now be vaccinated earlier and move up to priority group two,” said GEW boss Marlis Tepe to the RND. “Now the vaccination rate has to be increased significantly, since most of the federal states have opened schools and daycare centers again on Monday,” she added.

“We would also like the teachers at other types of schools to be vaccinated earlier,” said Tepe. “This applies in particular to teachers at special schools and special needs schools who do not keep their distance and cannot protect themselves.”

Huawei Watch GT 2 Pro in the test: beauty before intelligence

Hamilton on Corona: “One of the toughest weeks” – Formula 1

Fireball spotted over Germany: what’s behind it

Are hopes sinking ?: After a strong stock market month in...