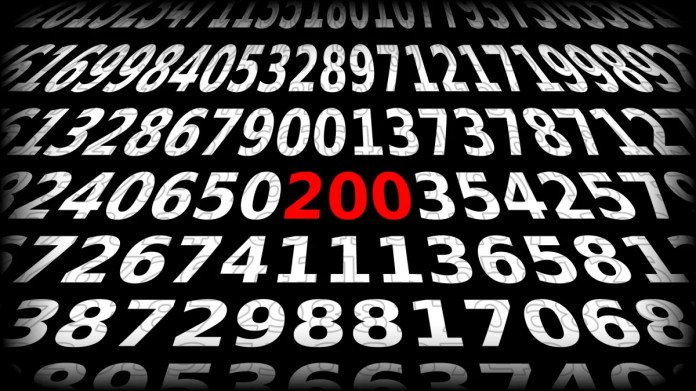 As big and heavy as a small car, the NASA rover Perseverance has recently been exploring our neighboring planet and has so far been inspiring with exciting photos of the landing and its surroundings in the Jezero crater. Much less spectacular are the performance data of its hardware, which at first glance would not attract any IT nerd from behind the stove.  The  big advantage, however, is: it works even under the difficult conditions of Mars!

In fact, the technology of the on-board computer RCE (Rover Compute Element) is not all the rage compared to a normal desktop computer:

The  RAD750 processor from the British manufacturer BAE-Systems corresponds to PowerPC 750 technology (or G3) and works in the Processor clock between 110 and 200 MHz. That is about 10 times as fast as the predecessor rovers Spirit and Opportunity, but still a long way from a Raspberry Pi.

In this section, we always present astonishing, impressive, informative and funny figures from the fields of IT, science, art, business, politics and of course mathematics on Tuesdays.

The  computer also has 256 megabytes of RAM and 2 gigabytes of flash memory.

The  temperature is kept constant via a warm electronics box (WEB). And the system monitors itself.

The  computer is connected to the individual systems via two networks that meet the high security requirements of the aerospace industry.

The  decisive advantage over earthly systems is its robustness: the RAD750 works in the temperature range between -55 ° C and 125 ° C. It is also insensitive to radiation and charged ions, which would paralyze standard laptops and smartphones within a very short time.

The  processor type, which has also been in service in the Curiosity rover since 2011, should, according to the manufacturer, tolerate radiation doses of up to 10,000 Gy. For comparison: A value of 6 Gy is considered to be absolutely fatal for a person.

The  CPU, which is manufactured using the 0.25 micrometer process, has 10.4 million transistors.

The  computing power ranges from 240 to 366 MIPS. And the processor needs a power of 5 watts. This special robustness also has its price: a RAD750 processor should cost around 200,000 dollars. According to the manufacturer BAE-Systems (formerly Lockheed), this processor has already been used in over 250 space vehicles.

And for redundancy reasons, there are two identical systems on board – if one “half of the brain”, as NASA calls it, has any problem, the other is activated so that it can seamlessly take over the tasks. Perseverance also has another RAD750 system as a Vision Compute Element (VCE): It is specially equipped to analyze the environment and facilitate autonomous navigation.

A possible blue screen in 15 years

The  developers at NASA’s Jet Propulsion Laboratory expect a crash due to external circumstances within 15 years. And the Mars rover Curiosity, which has been exploring Mars since 2011 and is technically almost identical to the computer unit, has been working very reliably for almost 10 years. If he ever bugs, it’s because of a bug.

The  real-time operating system VxWorks is used in both rovers. It is used as an embedded system in at least 1.5 billion other devices inside and outside the earth and has to be patched every now and then.

In general, both rovers are very similar. And yet Perseverance does not only differ in the different experiments. It should be able to move more autonomously than Curiosity thanks to improved control and optimized hardware.

The  decisive and spectacular final stage of the Mars landing was filmed continuously for the first time.

All thanks to a computer system that is slower than any entry-level smartphone but reliably does its job under hostile conditions.

E-Scooter 2020: Seven dead and hundreds seriously injured in accidents from...

Do you live big or small? Test it here!

After a controversial statement in the “double pass”: Lukas Podolski etches...