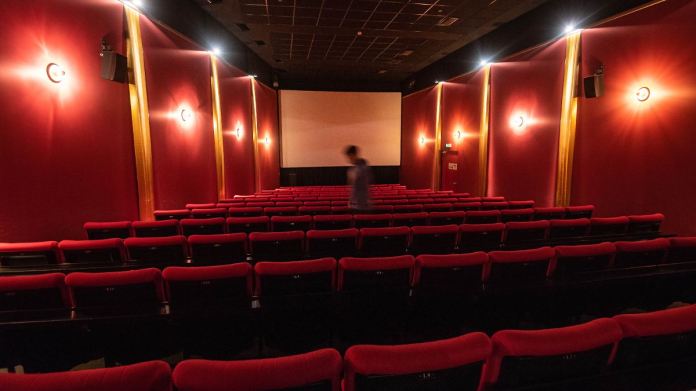 Going to the cinema again, that’s what many dream of in times of the corona lockdown. Cinema operators and film distributors also longingly want the cinemas to open. Film producer Martin Moszkowicz has suggestions on how this could work.
The  Munich film producer Martin Moszkowicz is campaigning for cinemas to open soon – with hygiene concepts and quick tests for visitors. “We test thousands of employees every week, and so far we’ve been doing very well. We haven’t had a major outbreak at any of our filming locations,” said the head of Constantin Film, also referring to possible self-tests at home. “Just close everything and then open it again very slowly and carefully,” that is not the only alternative.

The  production and distribution company Constantin Film, like other companies, was unable to release many films because the cinemas have been closed since November.

The re are 15 films in the starting blocks, including “Ostwind – Der große Orkan” (March 25th), “After Love” and the crime comedy “Kaiserschmarrndrama” (August 5th).

Meanwhile, streaming services are enjoying great popularity. Could this mean that cinemas could permanently lose viewers? “I believe that cinema has a bright and prosperous future,” says Moszkowicz. “

The  cinema experience is unique.” Films in the stream or on DVD cannot compete with this and are not natural competitors.

The re are also studies: Those who watch a lot in the stream also go to the cinema more often. “When the cinemas open again, people will long for it.”

However: “We will definitely lose a number of movie theaters,” predicts the producer and distributor. It will mainly hit houses that have already had problems. “

The  pandemic is accelerating a development that might otherwise have lasted a few years.” Much else will change too. “It is naive to assume that we will have fully occupied cinemas again in the foreseeable future,” said Moszkowicz.

Before the cinemas cannot occupy at least 50 percent of their halls, there will probably be no major film releases nationwide. In the coming days, Constantin will start shooting Anika Decker’s movie comedy “Liebesdings” with Elyas M’Barek, Lucie Heinze and Peri Baumeister. “

The  Last Name” by Sönke Wortmann is currently being created in the Canary Islands with Christoph Maria Herbst, Florian David Fitz and Iris Berben. In the summer, two international co-productions about the three musketeers will be shot with Eva Green, Vincent Cassel and Francois Civil, among others.

The  budget: more than 60 million euros.

Dortmund fire brigade moves out to church – greetings for Christmas

Location policy in Austria: looking away, conserving, preserving and oversleeping

So is his grandpa

Trump on election result in Georgia – “I only want to...