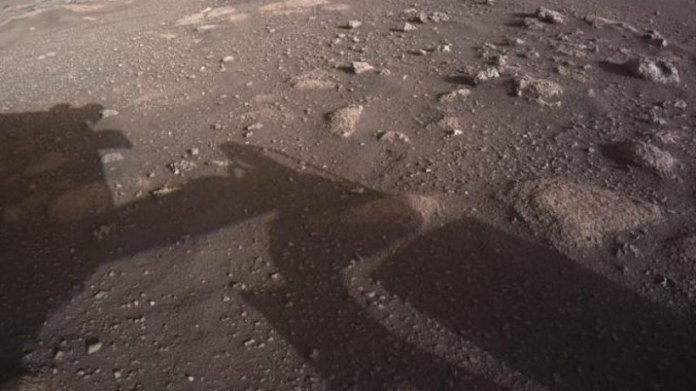 The  US space agency NASA has released spectacular video images of the landing of the rover “Perseverance” on Mars as well as the first sound recordings from the surface of the red planet.

Such recordings have never been made before, Nasa announced on Monday (local time) at a press conference. “

The  videos, which have already been clicked a million times, show the last eleven kilometers or so of the “Perseverance” route. For example, you can see how the parachute opens.

The  microphones on board the rover did not send any usable data from the landing – but later sent the first ever recorded sound recordings from the surface of Mars, it said. Among other things, something can be heard on them that sounds like a gust of wind. New photos were also published.

“Now that you’ve seen Mars, hear it. Grab a pair of headphones and listen to the first noises that were picked up by one of my microphones,” said the rover’s Twitter account, affectionately known as “Percy”. “We now finally have a front row view of what we call the” seven minutes of terror “during the Mars landing,” enthused Watkins. What is meant is the time in which the spacecraft has to brake sharply in order to be able to set down the rover safely on the neighboring planet on earth, using a parachute, among other things.

The  small “Ingenuity” helicopter on board the rover had previously sent its first status report to the control center in Pasadena, California – and according to NASA experts, it “seems to be working perfectly”. “Ingenuity” (in German: ingenuity) is still attached to the underside of “Perseverance”, where it is currently being charged. But in 30 to 60 days the helicopter is supposed to explore Mars from a bird’s eye view. It would be the first flight of an aircraft over another planet.

The  rover “Perseverance”, weighing around 1000 kilograms and the size of a small car, landed on Thursday – after 203 days of flight and 472 million kilometers – with a risky maneuver in a dry lake called “Jezero Crater”. “Perseverance” is to investigate this lake with a diameter of around 45 kilometers over the next two years.

“Perseverance” is already the fifth rover that NASA has brought to Mars – the last time “Curiosity” arrived there in 2012. Overall, however, not even half of all Mars missions launched worldwide have so far been successful.

Republicans embarrass themselves at hearing in Michigan

Android 11 for Motorola Smartphones: These models get it

Those were the tops and flops of the World Ski Championships...

Up to 4000 vaccinations planned daily

Oliver Pocher: Wendler is in trouble – now he is discovering...