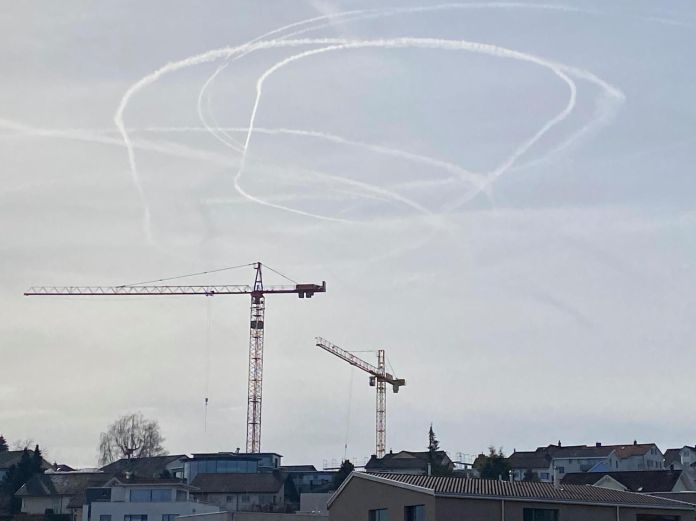 An aircraft that flew to the regional airport Altenrhein (CH) has been missing since Thursday morning.

The  rescue workers are doing a large-scale operation.

According to the St. Gallen canton police (Switzerland), an aircraft is missing at Altenrhein Airport. It was about to land over Lake Constance when it disappeared from the radar.

The  police report this in a message.

The  rescue organizations are on a large scale.

According to initial findings, it should be a small aircraft.

The  police did not provide any information about the number of inmates. An image from a news scout shows circular contrails from aircraft.

The  contrails of the planes suggest the search for the missing plane.

“Something must be going on”

The  two planes were extremely high up: “Something must be going on there,” said the news scout.

The  picture was taken around 11.30 a.m. – at the same time that the canton police received the missing person report.

A commercial line connection is maintained from Altenrhein Airport. However, this is currently suspended due to the corona pandemic.

The  airport itself describes itself as a “business airport”.

The  airport did not want to take a position on request from 20 minutes, but referred to the St. Gallen canton police.

Pilot could be rescued

As the “ORF Vorarlberg” reports, the aircraft has meanwhile been found. According to the report, the pilot got away without major injuries. An international sea alarm was triggered earlier. Nothing is currently known about the exact location of the crash.

Death – the oldest Swiss woman has died at the age...