Several players have reported problems with the Playstation 5’s DualSense controller. This could now have devastating consequences for the manufacturer of the PS5.

Update from Monday, February 15th, 2021, 12 noon:  The  Playstation 5 should revolutionize the gaming world – at least if Sony has its way.

The  reality is different because many players are frustrated. This is his fault DualSense-Controller. It doesn’t work everywhere as it should. Gamers have already reported massive problems. Against manufacturers Sony a class action lawsuit has now been filed.

But what’s the problem with that Controller of the PS5?

The  lawsuit is about the so-called Stick Drift. A rather annoying phenomenon in which the analog sticks move even though the user does not touch the sticks. Of the Controller moves almost by itself. When gaming, this can have a massive impact on the gaming experience. Buyers of the almost 400 euros Playstation 5 are therefore angry and go to court against manufacturers Sony in front.

The  Class action from a US law firm, as well as “mein-mmo.de“Reported.

The  main plaintiff is a player who, after purchasing the PS5 even with the “faulty” Controllers had to fight. He teamed up with other victims and then had the lawsuit filed through the firm in a New York district court.

The  allegations against the manufacturer of the Playstation 5 are massive. Sony I consciously installed components that had already been used with the PS4 controller.

The  drift problem was also noticed there. Of the PS5-Controller is therefore “flawed” and consumers have been deceived. A repair is also cumbersome, and those affected have to pay for the shipping costs of the repair themselves.

The  plaintiffs are therefore demanding, on the one hand, compensation for those affected and additional reparation. Sony also aims to provide a solution to the problem with the Controllers Find. How the lawsuit will end remains to be seen.

Playstation 5: Shock for fans of the new PS5 – a bad surprise awaits them

First report from Monday, December 28th, 2020: Offenbach – Many gamers have not been able to buy it since the release in mid-November, it is usually sold out after just a few minutes:

The  Playstation 5 causes grief for many game fans. But even the lucky few buyers complain of problems – the Controller the console is not working as it should.

PS5-Fans don’t have it easy. Just recently, more than 50 people in Bavaria fell for a fake shop while trying to buy a console.

The  unsuspecting victims of fraud ordered the coveted gaming console for just under 500 euros on the Internet. However, the devices ordered were not delivered – and the website was deleted after a short time. And the criminals also mocked their victims: If you tried to get to the website after the scams, you could only read the note “www.dankefürdiekohle.com”.

Playstation 5: DualSense controller of the PS5 causes frustration among gamblers

Now there are problems again, but from a completely different direction:

The  most recent complaints relate to the so-called DualSense-Controller. One of the biggest features of the new gaming console is drawing the frustration of some gamers – the adaptive triggers.

The  triggers are installed behind the shoulder buttons (R2 and L2) of the joystick and offer noticeable mechanical resistance while playing. Gamers should get the most immersive and realistic experience possible. Playstation manufacturer Sony is visibly proud of the new one Controller the console.

The  Japanese electronics giant advertises its new flagship on its website with the words: “Experience the different levels of power and tension when you interact with your equipment and environment in the game. From tightening an increasingly tighter bowstring to applying the brakes on a speeding car: feel physically connected to your actions on the screen. “

However, the joystick does not work for many gamblers as they were promised in the advertising. Users complain about malfunctions in the adaptive triggers of the DualSense-Controllers – In some cases, there should even be complete failures. According to an article by the gaming platform “PlayCentral”, more than 1000 players are said to have reported such problems.

Playstation 5: Gamers are experiencing problems with the PS5’s DualSense controller

In the “Resetera” forum, a gamer shared his experience with the Joystick. While playing the game “Spider-Man: Miles Morales” I suddenly had unexpected problems with the shoulder buttons. While playing, he felt “the R2 snap and instantly loosen up. It was as if whatever was ‘resisting’ in the trigger broke, reverting to a normal, non-adaptive trigger. “

The  adaptive R2 trigger has stopped working and no longer offers resistance. I have the Controller don’t drop it and there are no signs of damage. “

Sony Playstation: Does the new PS5 controller have major bugs?

It is not yet clear how widespread the problem is. From manufacturer Sony there is no statement to date. It is not known whether the defects are individual cases or a general design error. Buyers should contact the manufacturer in the event of problems – after all, all console fans are still covered by the two-year guarantee. Inexperienced hobbyists should keep their hands off a quick repair at home, in the worst case the manufacturer’s guarantee will expire. (Tim Vincent Dicke) 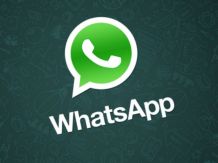 Harvest Moon: One World – is now available for Nintendo Switch

UK: Every second console purchased in 2020 was a Nintendo Switch – ntower

Another opening date postponed to 2025!

Goodbye Germany (VOX): Event gets completely out of hand – “Kamel-Uschi”...

Corona mass tests: teachers will be tested on December 5th and...

In Tarbes: A third Airbus A380 is dismantled